Dr. Alexandros Petersen, a scholar of Eurasian energy and a former colleague at the Atlantic Council, was killed in a bomb blast in Kabul. 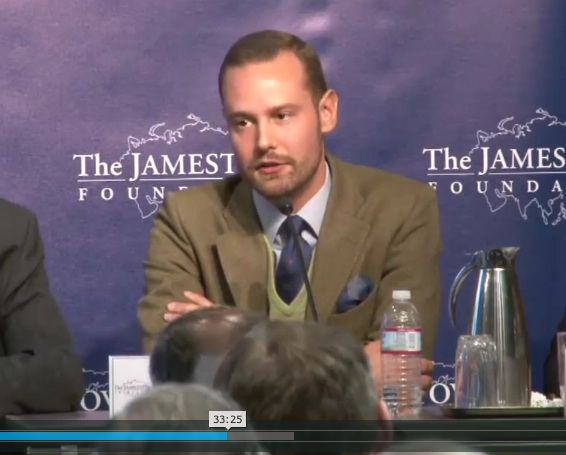 Dr. Alexandros Petersen, a scholar of Eurasian energy and a former colleague at the Atlantic Council, was killed in a bomb blast in Kabul.

On Friday night on my radio show I was interviewing Sir Nicholas Barrington about his new book,ENVOY. Sir Nicholas had spent a lot of time as a diplomat in Afghanistan. Indeed, it was his first posting. During the show I had to read out the tragic news that a bomb blast had killed 14 people in Kabul. Little did I realise that one of the people killed was one of my authors at Biteback.

Last night I received an email from my friend Raheem Kassam to tell me that Dr Alexandros Petersen had been a victim of the blast. Raheem had introduced me to him a few months ago as he wanted to publish a biography of the Georgian leader Mikheil Saakashvilli. It was a really sound proposal and we agreed it would come out on the 5th anniversary of the events in South Ossetia in August this year. All was going well. He had secured John McCain to wrote a foreword and writing was proceeding with his co-author Richard Cashman.

As I understand it, Alexandros had just started a new job as a professor at the American University in Kabul. He was an incredibly talented student of international politics and geo-strategy, as THIS BLOGPOST, written only a week ago, demonstrates. You find out more about Alexandros on his website HERE.

A young life has been cut tragically short by the actions of Taliban terrorists. All of us at Biteback send our heartfelt condolences to his family and friends.

Alexandros was the author of The World Island: Eurasian Geopolitics and the Fate of the West and held his PhD from the London School of Economics. He was a prolific public intellectual, publishing in venues including The Economist, Wall Street Journal, New York Times, International Herald Tribune,  Foreign Affairs, Foreign Policy and The National Interest.

He came to the Atlantic Council from the Woodrow Wilson Center as the founding associate director of our Eurasia Energy center. It was a time of transition for the Council and the job demanded more programmatic work and provided less time for his research and writing than he preferred, so he moved on from a full-time role after maybe a year.

Afghanistan is, of course, not the world’s safest place to live and Alex surely knew that. Still, a tragic loss.