Andrew Cuomo to Pardon All Parollees to Restore Their Vote

Unable to get his way with the legislature, New York's governor is taking a provocative step. 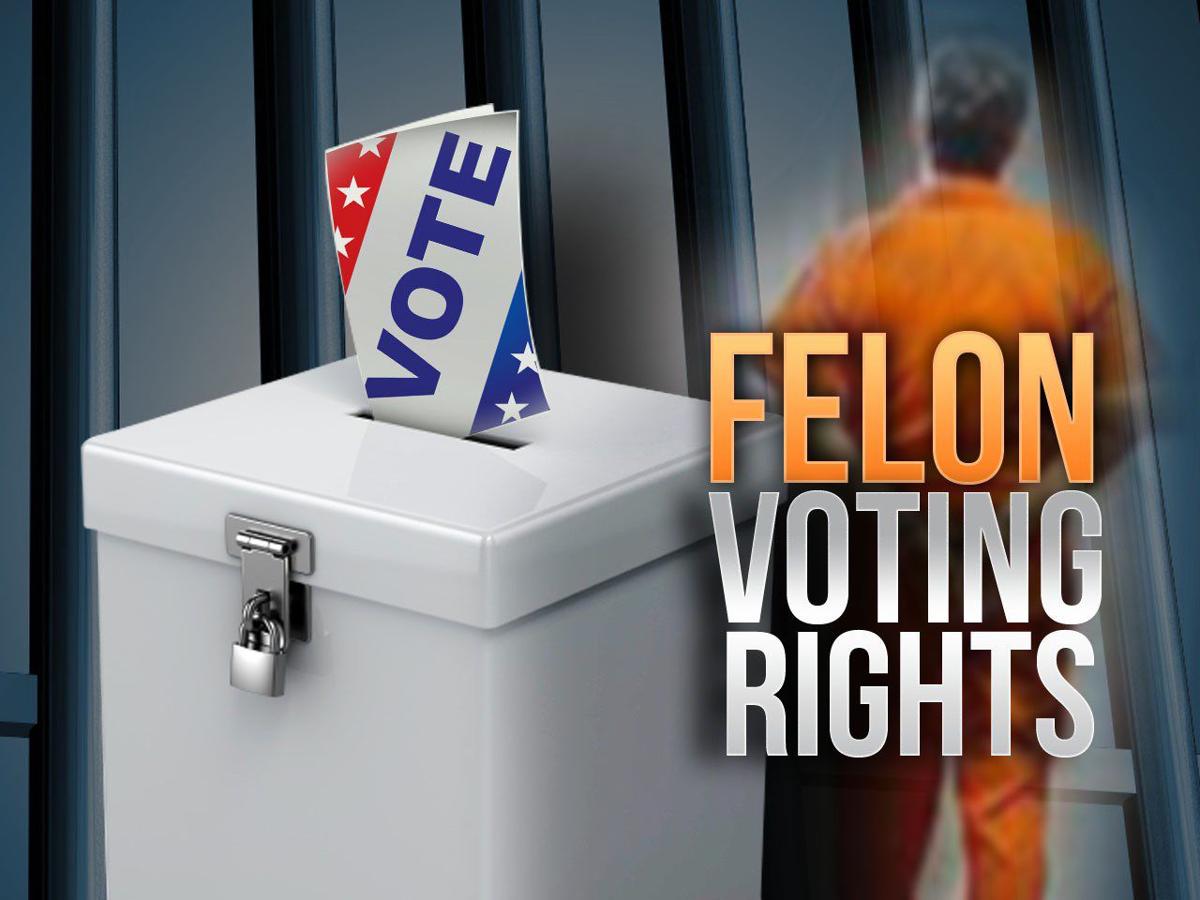 Gov. Andrew M. Cuomo announced on Wednesday that he intends to restore voting rights to felons on parole, a move that would open the ballot box to more than 35,000 people.

The mechanism through which Mr. Cuomo plans to do so is unusual: He would grant pardons to all 35,000 people currently on parole in New York, as well as any new convicted felons who enter the parole system each month.

The move amounts to a legal sidestep of the State Legislature, where the Republican-controlled Senate has opposed many of Mr. Cuomo’s proposed criminal justice reforms. It does not change state law, which currently bars convicted felons from voting unless they are on probation or have completed parole.

Mr. Cuomo made the announcement at the National Action Network’s annual convention in New York City, where he was introduced by the group’s founder, the Rev. Al Sharpton. The governor said he had proposed legislation to allow parolees to vote, but that it had not won the support of the State Senate.

“I’m unwilling to take no for an answer,” Mr. Cuomo said. “I’m going to make it law by executive order,” he said, adding, “With active intervention, we can bend the arc toward justice.”

Alphonso David, the governor’s counsel, said Mr. Cuomo would issue an executive order requiring the commissioner of the state’s Department of Corrections and Community Supervision to submit a list of every felon currently on parole, as well as a list of those newly eligible for parole, beginning May 1. The commissioner would continue to submit an updated list each month, with each parolee “given the consideration of a pardon that will restore voting rights without undue delay,” according to a draft of the executive order.

Anyone on the list would be eligible for a pardon, Mr. David said, so long as law enforcement had not flagged any special concerns.

At first blush, this strikes me as an outrageous abuse of the pardon power. It has been given to chief executives to right particular wrongs, not to enact broad policy preferences—much less those they’ve failed to get through the constitutional process.

As a policy matter, I don’t have a strong view on whether parolees—who by definition have not yet paid their debt to society—ought to have their voting rights restored. But the legislature of New York, a co-equal branch of government, has spoken on this.

That said, this isn’t as unusual as it first appears. First off, this is a partial pardon of a form with which I’m unfamiliar:

The pardon would not expunge a felon’s record nor would it restore other rights stripped from them, such as the right to serve on a jury. Richard Azzopardi, a spokesman for the governor, called the executive order a “narrow use of power.”

I’ve never heard of such a thing but presumably, it’s how the pardon power works in the Empire State. Second, this move is not a total outlier:

Mr. Cuomo’s plan would bring New York in line with 18 other states and Washington, D.C., which allow parolees to vote, according to the governor’s office. Fourteen states automatically restore felons’ rights when they are paroled; two never remove them in the first place; and two — Iowa and Virginia — also use executive orders to issue pardons.

I was unaware that Virginia, where I live, was doing this.

Beyond that, while Cuomo’s move feels to me like an abuse of executive power, presidential scholar Andrew Rudalevige notes that blanket pardons are not unprecedented even at the highest levels:

Most presidential powers come with an asterisk of sorts. Appointees require Senate confirmation, for instance; vetoes can be overridden. The pardon power does not. Justice Stephen Field, writing for the Supreme Court in the 1866 case Ex parte Garland (not Merrick), held that the pardon power was, except as already noted, “unlimited. … It extends to every offence known to the law, and may be exercised at any time after its commission.” Thus pardons can indeed be issued even before someone is formally charged with an offense. And the pardon “cannot be fettered by any legislative restrictions.”

[A]s Jeffrey Crouch’s 2009 book about the pardon power notes, “mercy” is not the whole story: The other traditional rationale for including the power in the Constitution is as a tool to serve a broader public interest. Hamilton covered this, too, with the example of a “well-timed offer of pardon” to insurgents that “may restore the tranquillity of the commonwealth.” George Washington used the power in this manner when in 1795 he set aside the death sentences of two ringleaders of the Whiskey Rebellion.

In a rather different application, Thomas Jefferson pardoned all those convicted under the Alien and Sedition Acts. Both Abraham Lincoln and Andrew Johnson issued proclamations of amnesty relating to the Civil War. Jimmy Carter granted a blanket pardon to more than 200,000 men charged with evading the Vietnam draft.

And much more recently, in lieu of hoped-for legislation on criminal sentencing reform, Barack Obama used his clemency powers to shorten more than 1,700 prison terms he thought were harshly skewed by mandatory minimum sentences that punished nonviolent crimes.

In a similar vein, Illinois Governor George Ryan famously commuted the sentences of all 167 people on his state’s death row back in 2003 (and pardoned another 4 outright) two days before leaving office under corruption charges that would ultimately land him in prison:

”The facts that I have seen in reviewing each and every one of these cases raised questions not only about the innocence of people on death row, but about the fairness of the death penalty system as a whole,” Governor Ryan said this afternoon. ”Our capital system is haunted by the demon of error: error in determining guilt and error in determining who among the guilty deserves to die.”

Mr. Ryan acted just 48 hours before the end of his term and one day after he took the extraordinary step of pardoning four condemned men outright. Three of those inmates spent their first afternoon of freedom attending the governor’s speech at Northwestern University Law School, whose Center on Wrongful Convictions led the call for blanket clemency.

Governor Ryan told the sympathetic crowd: ”The Legislature couldn’t reform it, lawmakers won’t repeal it, and I won’t stand for it — I must act. Because our three-year study has found only more questions about the fairness of the sentencing, because of the spectacular failure to reform the system, because we have seen justice delayed for countless death row inmates with potentially meritorious claims, because the Illinois death penalty system is arbitrary and capricious — and therefore immoral.”

The decision brought elation and relief on death rows at Pontiac and Menard correctional centers, and among wives, mothers and children who had spent years fighting fate. But it left prosecutors, politicians and relatives of murder victims seething with anguish and frustration.

Some states have reduced or eliminated the pardon power of their governors for precisely this reason: it places far too much power in the hands of a single individual.