Supreme Court watcher Jeffrey Toobin speculates that Clarence Thomas could be the next Supreme Court Justice to step aside. 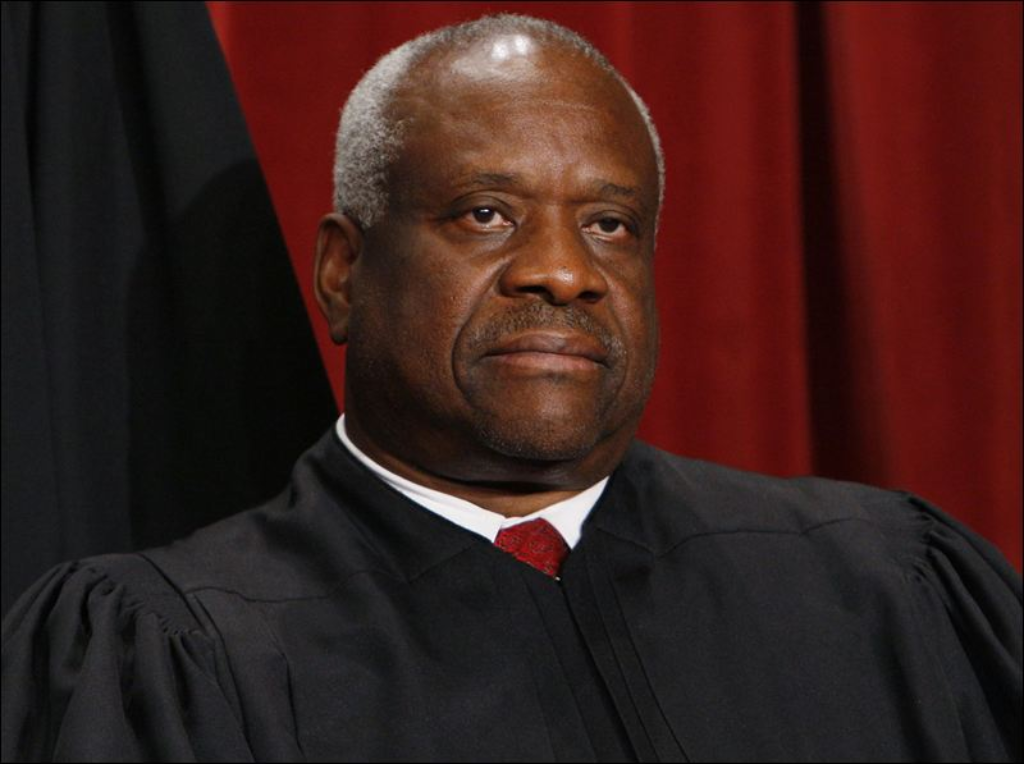 In The New Yorker, Jeffrey Toobin speculates about the possibility of a Supreme Court retirement in the coming months, but it’s not Ruth Bader Ginsburg:

The more complex drama involves Clarence Thomas, who is seventy years old and the longest-tenured Associate Justice on the Court. With fifty-three Republicans now in the Senate (and no filibusters allowed on Supreme Court nominations), President Trump would have a free hand in choosing a dream candidate for his conservative base if Thomas were to retire this year. The summer of 2019 would seem an ideal time to add a third younger conservative to the Court (along with Neil Gorsuch, who is fifty-one, and Brett Kavanaugh, who is fifty-four). It’s true that Mitch McConnell, the Senate Majority Leader, would likely violate his Merrick Garland rule and try to push through a nominee in 2020, an election year, but 2019 would be much easier to navigate. So, many conservatives are asking, why shouldn’t Thomas leave now?

It seems that the President may have had the same thought. Trump has shown unusual solicitude for Justice Thomas and his wife, Ginni, a hard-right political activist. The President and the First Lady had the Thomases to dinner, and then Trump welcomed Ginni and some of her movement colleagues to the White House for an hour-long discussion. Even in a conservative White House, Thomas and her team presented some outré ideas, like opposing same-sex marriage and questioning the ability of women to serve in the military. But the President listened as the group asked that more of their allies be given jobs in the Administration. Trump rarely engages in this kind of cultivation, and it’s reasonable to speculate that he’s trying to persuade the Justice that his seat would be in good hands if he decided to leave.

But will Thomas retire? Over the years, he has made little secret of the fact that he doesn’t enjoy the job very much. With a conservative future of the Court secure, why wouldn’t he call it a day after twenty-eight years? Because, according to his friends, he feels an obligation to continue doing the job for as long as he is able, regardless of the political implications of his departure. Of course, no one except Thomas knows for sure what he will do, and that leaves his decision open to speculation.

Ever since Donald Trump took office, there has been at least some speculation that Justice Clarence Thomas might take the opportunity presented by the election of a Republican President and a Republican-controlled Senate to step down. While Thomas is younger than Ginsburg, Kennedy, and Breyer, he is 70 years old and has been on the Court for 27 years so a retirement on his part would not be a complete surprise. Additionally, as Toobin notes, Thomas has reportedly expressed the desire to possibly step aside earlier than some recent Justices have so that he could spend more time with his family and grandchildren. That opportunity didn’t present itself in 2017 since the Senate was dealing with the Gorsuch nomination, and the same was true last year when Justice Kennedy, who had been on the Court longer than Thomas at the time he retired. Arguing against the possibility of a Thomas retirement is the fact that he has hired a full slate of law clerks for the October 2019 term. This is typically an indication that a Justice is not intending to retire, but it has not always been a reliable indicator. For example, Justice Kennedy had hired a full slate of clerks for October 2018 long before ultimately deciding to retire last June. While it’s not at all clear that Thomas actually will retire, though, it seems likely that it would happen during this term rather than in 2020 when attention will be focused on the upcoming election. So, we’ll just have to wait and see.

As Toobin notes, it seems pretty clear who Trump would be likely to turn to:

There seems little doubt, however, about what would happen if either he or Ginsburg leaves in the next year or two. The President would likely nominate as a replacement Amy Coney Barrett, a forty-seven-year-old judge on the Seventh Circuit. A former professor at Notre Dame Law School, Barrett was nominated to the appeals court by Trump, in 2017, and she has already been considered for a Supreme Court seat—the one that went to Kavanaugh. Her politics appear even more conservative than Kavanaugh’s or Gorsuch’s; she has been open in her disdain for the concept of abortion rights for women. She is a devout Catholic and has, in the past, expressed a willingness to overturn precedent, which some observers think make her even more certain than Kavanaugh and Gorsuch to vote to overturn Roe v. Wade. (Last week, both Justices voted in favor of enforcing Louisiana’s abortion-clinic law, which would restrict access to the procedure; Chief Justice John Roberts’s vote, joined by those of the Court’s four liberals, blocked it.)

Barrett’s personal story is ready-made to weather a Supreme Court confirmation battle. She has seven children, two of them adopted from Haiti and one with special needs. She clerked on the Supreme Court, for Antonin Scalia, and won accolades from her students at Notre Dame. Whatever views she has expressed in the past, she looks like a difficult nominee to defeat, particularly with a loyal Republican majority in the Senate.

Judge Barrett graduated from Rhodes College in Memphis, Tennessee and from Notre Dame’s Law School after which she eventually became a Law Professor at Notre Dame before being named to the Seventh Circuit. Her judicial record is rather thin but she has a long record of academic writing that would likely become an issue were she selected by the President. She has been on Trump’s list of potential Supreme Court nominees since the campaign and it has been apparent from the start that she was being groomed for a seat on the Supreme Court. During Trump’s search for a replacement for retired Justice Anthony Kennedy, she was reportedly among the final three candidates that the President was considering but that he ultimately decided to go with the seemingly safe choice of then-Judge Brett Kavanaugh due to the fact that Barrett’s conservatism would have become lightning rod for controversy given who she would be replacing. Since then, there has been speculation that Trump might name her in the event that Justice Ginsburg’s seat opened up, but it’s obvious that selecting her for that seat would be even more controversial than selecting her for Kennedy’s seat would have been.

Much of this concern would not be an issue if Barrett were named to replace Justice Thomas, of course. Instead, we would have roughly the same situation we had in 2017 when Justice Neil Gorsuch was named to replace Justice Scalia. In that case, a conservative Judge was being nominated to replace a conservative Justice and the same thing would be happening if Barrett or any of the other people were named to replace Thomas. Other than the fact that someone as young as Thomas could potentially be on the court for the next 30-35 years, her presence in Thomas’s place would do nothing to impact the ideological balance in most cases. Therefore, I would not be surprised to see her selected in the event of a Thomas retirement and that a potential Ginsburg retirement be reserved for one of the other people on the White House short list, although there would likely be some pressure in that event to name another woman to replace her just as there was some expectation when Thomas was named that George H.W. Bush would look to an African-American to replace Justice Thurgood Marshall.

Of course, it’s possible that Trump would select someone else on his list if Thomas were to retire. Specifically, he could turn to a minority such as Judge Amul R. Thapar, who is 49 years old and served as a District Court Judge in Kentucky from 2008 to 2017 and has been on the Sixth Circuit Court of Appeals since May 2017. Judge Thapar would be the first Indian-American and the first Asian-American on the Supreme Court, thus continuing in some sense the tradition for this seat that began when President Johnson nominated Justice Marshall for this seat. It’s also possible that Thomas won’t retire and this is all an entirely academic argument. As with Justice Kennedy, this will all have to wait until the end of the term to see what happens.