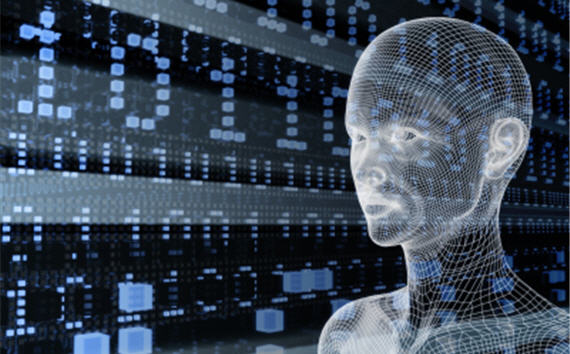 A fascinating piece in today’s New York Times describes some interesting findings that scientists working for Google made after they hooked up a huge network of computer processors:

There Google scientists created one of the largest neural networks for machine learning by connecting 16,000 computer processors, which they turned loose on the Internet to learn on its own.

Presented with 10 million digital images found in YouTube videos, what did Google’s brain do? What millions of humans do with YouTube: looked for cats.

The neural network taught itself to recognize cats, which is actually no frivolous activity. This week the researchers will present the results of their work at a conference in Edinburgh, Scotland. The Google scientists and programmers will note that while it is hardly news that the Internet is full of cat videos, the simulation nevertheless surprised them. It performed far better than any previous effort by roughly doubling its accuracy in recognizing objects in a challenging list of 20,000 distinct items.

The research is representative of a new generation of computer science that is exploiting the falling cost of computing and the availability of huge clusters of computers in giant data centers. It is leading to significant advances in areas as diverse as machine vision and perception, speech recognition and language translation.

Although some of the computer science ideas that the researchers are using are not new, the sheer scale of the software simulations is leading to learning systems that were not previously possible. And Google researchers are not alone in exploiting the techniques, which are referred to as “deep learning” models. Last year Microsoft scientists presented research showing that the techniques could be applied equally well to build computer systems to understand human speech.

“This is the hottest thing in the speech recognition field these days,” said Yann LeCun, a computer scientist who specializes in machine learning at the Courant Institute of Mathematical Sciences at New York University.

And then, of course, there are the cats.

To find them, the Google research team, led by the Stanford University computer scientist Andrew Y. Ng and the Google fellow Jeff Dean, used an array of 16,000 processors to create a neural network with more than one billion connections. They then fed it random thumbnails of images, one each extracted from 10 million YouTube videos.

The videos were selected randomly and that in itself is an interesting comment on what interests humans in the Internet age. However, the research is also striking. That is because the software-based neural network created by the researchers appeared to closely mirror theories developed by biologists that suggest individual neurons are trained inside the brain to detect significant objects.

While the scientists were struck by the parallel emergence of the cat images, as well as human faces and body parts in specific memory regions of their computer model, Dr. Ng said he was cautious about drawing parallels between his software system and biological life.

“A loose and frankly awful analogy is that our numerical parameters correspond to synapses,” said Dr. Ng. He noted that one difference was that despite the immense computing capacity that the scientists used, it was still dwarfed by the number of connections found in the brain.

“It is worth noting that our network is still tiny compared to the human visual cortex, which is a million times larger in terms of the number of neurons and synapses,” the researchers wrote.

Despite being dwarfed by the immense scale of biological brains, the Google research provides new evidence that existing machine learning algorithms improve greatly as the machines are given access to large pools of data.

“The Stanford/Google paper pushes the envelope on the size and scale of neural networks by an order of magnitude over previous efforts,” said David A. Bader, executive director of high-performance computing at the Georgia Tech College of Computing. He said that rapid increases in computer technology would close the gap within a relatively short period of time: “The scale of modeling the full human visual cortex may be within reach before the end of the decade.”

Now, obviously, there’s a massive difference between what the scientists detected here and the human brain and a computer algorithm, not matter how sophisticated, is not the same as a human brain. Indeed, we may find as we continue experiments like this that there is a difference between thinking and what we call consciousness and that it may never be possible for machines to make that leap into the conscious world. Or, maybe it will be easier than we can possibly imagine.