Comic-Con is still going on as we speak, but the photogalleries of toothsome cosplay girls in attendance are already overflowing. 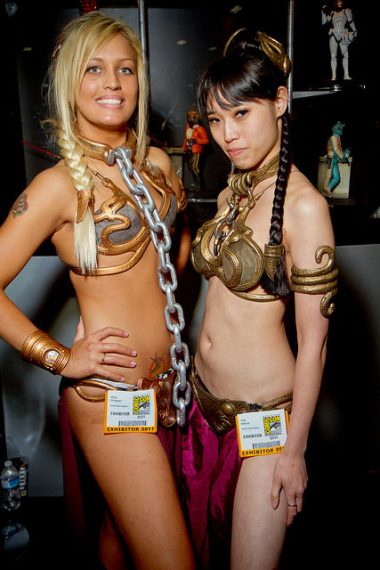 Comic-Con apparently attracts a better ratio of Slave Leias who have the proper body type for the outfit than GenCon.