As expected, Bill Cosby's lawyers have filed an appeal of his conviction earlier this year on sexual assault charges. 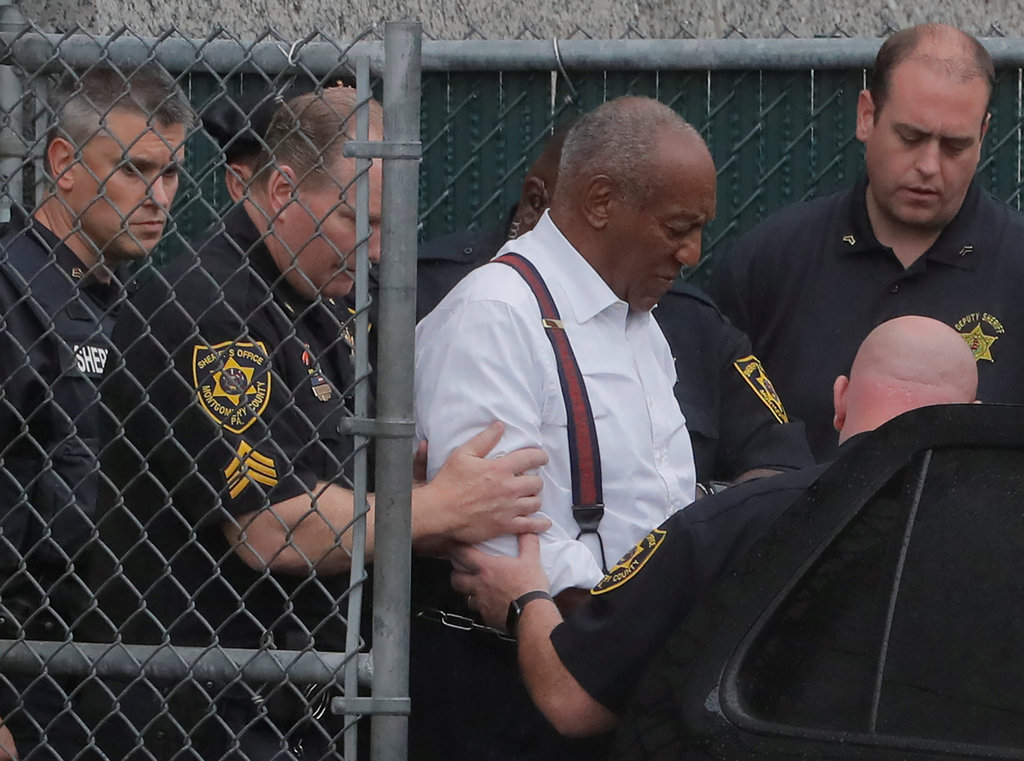 Three months after being sentenced to ten years in prison for sexual assault, Bill Cosby’s attorneys have filed an appeal alleging at least eleven errors by the trial judge that they argue warrant a new trial:

Bill Cosby’s lawyers made plain this week the basis on which they are seeking to challenge his conviction for sexually assaulting Andrea Constand, an appeals process that could take as long as a year as the parties submit legal briefs to the Pennsylvania Superior Court.

None of the 11 issues raised in papers filed Tuesday in Montgomery County Court are new to those who have been following the case, but they set the parameters of where the defense feels it has the strongest possibility of overturning Mr. Cosby’s conviction.

The papers challenge the way the trial judge, Steven T. O’Neill, handled various parts of the case and range from the assertion that he wrongly ignored the testimony by a former district attorney who said he had promised never to prosecute Mr. Cosby to the argument that he erred by allowing testimony from five other women who had accused Mr. Cosby of drugging and sexually assaulting them.

Mr. Cosby, 81, was convicted in April and sentenced in September to three to 10 years in state prison for drugging and sexually assaulting Ms. Constand, in his home outside Philadelphia in 2004.

Mr. Cosby’s lawyers, Brian W. Perry and Kristen L. Weisenberger, will now follow up with a fuller brief arguing the specific points of law. It is also anticipated that Judge O’Neill will write an opinion that addresses his decisions during the trial and the complaints raised by the defense.

In their filing, the lawyers cited what they said were errors on Judge O’Neill’s part, including his finding that Mr. Cosby was a sexually violent predator with a risk of reoffending and his decision to allow into evidence a deposition Mr. Cosby made in a lawsuit brought by Ms. Constand. In that deposition, Mr. Cosby acknowledged obtaining quaaludes in an effort to have sex with women, a statement that prosecutors portrayed as evidence of his willingness to use drugs to incapacitate Ms. Constand.

Legal experts have said the defense’s strongest argument is its challenge to the judge’s decision to allow five additional women to testify in the case. “The trial court abused its discretion, erred and infringed on Mr. Cosby’s constitutional rights to Due Process of Law under the Constitution of the United States and of the Commonwealth of Pennsylvania in admitting five prior ‘bad act witnesses,'” Mr. Cosby’s lawyers wrote in the latest statement. The witnesses’ “allegations were too remote in time and too dissimilar to the Constand allegations.”

Testimony concerning prior alleged crimes is only allowed in Pennsylvania, as in other states, if, for example, it demonstrates a signature pattern of abuse.

But its inclusion is rare, and Judge O’Neill never explained why he allowed the five to testify in the second Cosby trial after allowing only one additional accuser to speak at Mr. Cosby’s first trial in 2017. That proceeding ended in a mistrial after the jury failed to reach a verdict.

Once Mr. Cosby’s lawyers file their full appeals brief, prosecutors have 30 days to reply, and the Superior Court is then expected to publish a briefing schedule, which will set out a clearer timetable for the appeal process.

Originally, Cosby had been convicted of three separate charges of sexual assault for which he could have faced up to thirty years in state prison. However, prior to sentencing the prosecutors and defense had agreed to merge the three charges together for sentencing purposes, meaning that the maximum that he could face would be up to ten years. Cosby’s attorney’s of course, argued that his advanced age and declining health, among other factors, argued against a long prison sentence and asked the Judge to impose a sentence that would have resulted in him either spending a minimal amount of time in jail prior to being placed on probation or to sentence him to at-home confinement with an electronic ankle bracelet. Prosecutors on the other hand argued that the nature of Cosby’s offense, along with the long history of him having committed similar offenses over a period that went back over forty years, meant that he should face serious time in state prison as well as being labeled a ‘dangerous sexual predator,’ meaning that he would be required to register as a sex offender after being released from prison and would have to register as such in any jurisdiction he moved to or traveled to in the future. The Judge, obviously, ended up agreeing with the prosecutors and ended up lowering the hammer on the guy who used to be called “America’s Dad.”

While the appeal consists of a number of procedural and other legal grounds, the most important part centers around the trial court Judge’s decision to allow five women who had made accusations against Cosby in the past to testify regarding the circumstances of what he had done to them even though the statute of limitations for those offenses had expired some time ago. This was a significant win for the prosecution in that it allowed them to argue that Cosby had a pattern that was followed in the case of the accuser in this case. As I noted on the eve of the second trial, though, this is an exception to the general rule barring testimony regarding so-called “prior bad acts” and it carries with it some risks for the verdict on appeal:

As a general rule, courts limit the ability of the prosecution to introduce evidence of what are called “prior bad acts” due to the concern that allowing a jury to hear evidence of charges unrelated to the one before them could cause them to unfairly consider the Defendant’s guilt or innocence based on evidence unrelated to the case before them. Broadly speaking, such evidence or testimony is barred unless it falls within some very limited exceptions.

Whether or not this will lead to a reversal of the verdict remains to be seen, but until then Cosby will remain in prison. Most recently in a separate proceeding, the Pennsylvania Supreme Court denied a motion filed by Cosby’s attorneys to allow his release pending appeal so that means he will remain in custody until his appeals are exhausted.