Bill Gates: Ctrl-Alt-Delete Was A Mistake 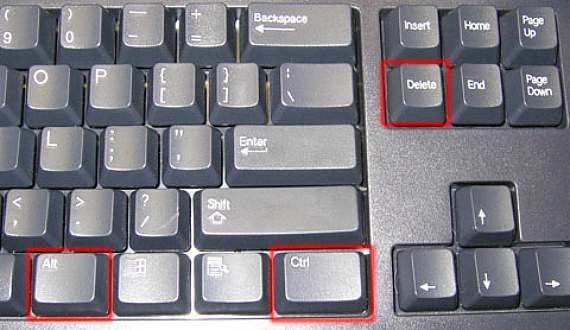 During a recent talk, Microsoft founder Bill Gates admitted that it was a mistake to force users to use a three key sequence to reboot their PC’s:

Bill Gates made many exceptional decisions while he was leading Microsoft to immense success. He did, however, make a few errors.

One of those was the idea of using “Control-Alt-Delete” —  initially designed to efficiently reboot a computer — as a way to log into Windows.

During a fantastic talk last week at a Harvard fundraising campaign, Gates admitted that it was a mistake to force users to use hold down “Ctrl+Alt+Del” to log into their computers.

“Why, when I want to turn on my software and computer, do I need to have three fingers on Control, Alt, Delete?” asked David Rubenstein, Harvard Campaign co-chair. “Who’s idea was that?”

Gates then explained why Microsoft decided to implement the command.

“You want to have something you do with the keyboard that is signaling to a very low level of the software — actually hard-coded in the hardware — that it really is bringing in the operating system you expect, instead of just a funny piece of software that puts up a screen that looks like a log-in screen, and then it listens to your password and then it’s able to do that,” Gates said.

The Microsoft co-founder said that there was an option to make a single button for such a command, but the IBM keyboard designer didn’t want to give Microsoft a single button. So Microsoft decided to use “Ctrl+Alt+Del” as a way to log into Windows.

“It was a mistake,” Gates said, drawing a big laugh from the crowd.

David Bradley, a designer of the original IBM PC, is responsible for inventing the “Control-Alt-Delete” command to reboot a system. He famously poked fun at Gates on stage during IBM’s 20th anniversary of the IBM PC.

“I may have invented it, but Bill made it famous,” Bradley said.

A decade later in an interview with CNET, Bradley said he didn’t really know why Microsoft decided to make his invention their log-in command.

While they were at it, they should’ve done something about that whole “Blue Screen Of Death.”