Bin Laden, The Afghan Mujahadeen, And The CIA: The Myth That Needs To Die

The myth that the U.S. armed and trained Osama bin Laden in the early 80's is rearing its ugly head again. 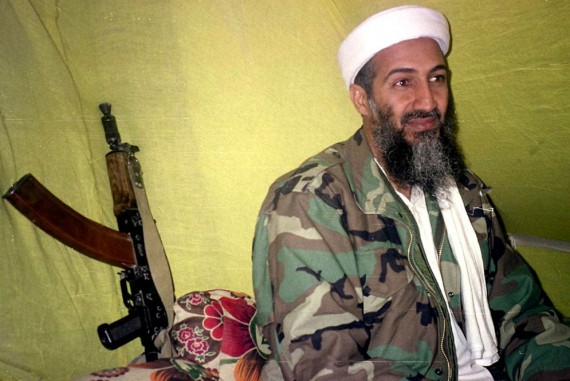 Andrew Sullivan cited this tweet from Michael Moore as a Moore Award Nominee:

John Cole obviously disagrees with Sullivan characterizing Moore’s statement as “divisive, bitter and intemperate left-wing rhetoric” and links to this from Wikipedia in support (emphasis mine):

In mid-1979, about the same time as the Soviet Union deployed troops into Afghanistan, the United States began giving several hundred million dollars a year in aid to the Afghan Mujahideen insurgents fighting the Democratic Republic of Afghanistan and the Soviet Army in Operation Cyclone. Along with native Afghan mujahideen were Muslim volunteers from other countries, popularly known as Afghan Arabs. The most famous of the Afghan Arabs was Osama bin Laden, known at the time as a wealthy and pious Saudi who provided his own money and helped raise millions from other wealthy Gulf Arabs. An often missed fact, when the tables began to turn and the Soviets started to overcome these Afgan fighters, the United States then stopped all aid. This lead to the complete demise of the forces meant to help the U.S. with the Soviet issue. Tens of thousands of Afgans were killed in this U.S. funded venture.

As the war neared its end, bin Laden organized the al-Qaeda organization to carry on armed jihad in other venues, primarily against the United States — the country that had helped fund the mujahideen against the Soviets.

I’m not sure how this exactly backs up Moore’s claim that we armed, funded, and trained bin Laden during the Soviet war in Afghanistan. Especially when you combine it with other information on the same Wikipedia page, such as this statement from CNN’s Peter Bergen who conducted the first television interview of bin Laden in 1997:

The story about bin Laden and the CIA — that the CIA funded bin Laden or trained bin Laden — is simply a folk myth. There’s no evidence of this. In fact, there are very few things that bin Laden, Ayman al-Zawahiri and the U.S. government agree on. They all agree that they didn’t have a relationship in the 1980s. And they wouldn’t have needed to. Bin Laden had his own money, he was anti-American and he was operating secretly and independently.

The evidence, in fact, is fairly clear that the “Afghan Arabs” like bin Laden didn’t interact with the Americans at all. The allegations, on the other hand are based on little more than circumstantial evidence and exaggerations. This idea that the CIA trained Osama bin Laden back in 1980 is simply a myth that needs to die along with bin Laden himself. Moore was wrong, and Sullivan was, it seems to me, entirely correct to call him out for it. This is a myth that has taken hold on both the far left and the far right and it’s time that people stopped lying.

UPDATE (James Joyner): I wouldn’t go so far as to call it “lying,” since people are just repeating what they’ve heard. The confusion comes from the Western conflation of the generic “mujahadeen” into a coherent Mujahadeen, much as we’ve done with the various Taliban groups in Afghanistan and Pakistan.

But, yes, it’s completely wrong. See my March 31 post “Taliban History Lesson: Not Our Boys From the 80-s.” It cites Pat Lang:

The groups we supported were defeated by the Taliban in the civil war that followed Soviet withdrawal.  The Taliban and Usama bin Laden were supported by the separate “Sayyaf” group of Mujahideen supported by Saudi Arabia and Deobandi fanatics in Pakistan.

The confusion has been cleared up often enough that knowledgeable people should know better.