The Chick of the Sea Edition OTB Caption ContestTM is now over. Third: Maggie Mama – There’s a great new diet drug on the market but unfortunately it comes with unexpected side effects.

markm – OBAMACARE…nuthin’ fishy about it.

Doug Mataconis – There’s something not quite right with Kate Moss this morning.

elliot- I think Tatiana over-did the Bulemia thing a little too much…..

Roger McGaugh – Look what Obamacare did to me.

“Toldya not to release the Kraken.”

“Detroit’s stripping of scrap metal has gone to far.”

“…scaled my fins and wrecked ’em”

“Just for the halibut.”

“Not tonight, I have a haddock.”

Obama: “Now that authorizing offshore drilling will benefit my political career, I don’t think it will harm anyone.” 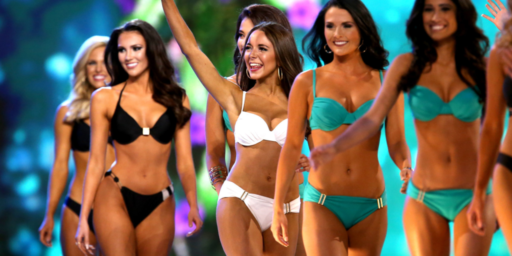