CARNIVAL OF THE VANITIES #48

ARE YOU READY
FOR SOME FOOTBALL? 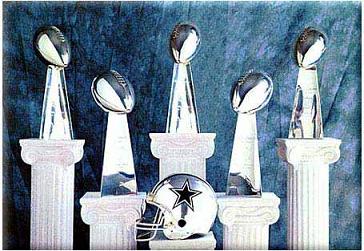 Northstar at The People’s Republic of Seabrook thinks random drug testing of high school athletes is a bad idea.

Justene Adamec of calblog explains why a tax hike is not what California needs.

Steven Taylor at PoliBlog has an, er, naked solution to power blackouts.

Sean Hackbarth at The American Mind explains the impulse for protectionism.

Alex Frantz of Public Nuisance drafts a Constitutional Amendment: Marriage According to the Bible.

Drew at Never Trust a Monkey has a rant about monkeys and tree huggers.

Ilkya Damon wants us to all just get along. (Part I and Part II)

Andrew at REDUX extols the virtues of Little League baseball.

Little Miss Attilla is tired of hearing about how hard it is to avoid obesity.

Getting all the glory.

Frank J at IMAO takes us into his world with Ride of the Warmongerers.

Dean Esmay of Dean’s World writes an ode to his shotgun.

Acidman at Gut Rumbles thinks the French are wusses for not being able to take the heat.

Aimless9 at Aimless Forest explains why he won’t be leaving the Anglican Church.

Andrew Cline of Rhetorica has some thoughts on media objectivity.

Adam, A Single Guy In The South, weighs in on the issue of marriage.

StumpJumper and Zombyboy ResurrectionSong have an exchange on the marriage issue, too.

Andres Gentry at water reflects on what China can tell us about citizenship.

Greyhawk at Mudville Gazette talks about the influence of American culture on three Asian countries with whom we’ve fought wars.

Eric, the Capitol Hillblogger, writes about why it’s not nice to call people Nazis.

Scarlet of unfknblvbl offers some thoughts on the capture of SE Asia’s most wanted man.

Dave of IsraellyCool has a short poem making fun of a girl who has been murdered satirizing an anti-Semitic writer.

Ravenwood at Ravenwood’s Universe has a plan for eliminating road rage.

Eric Lindholm, the Viking Pundit, thinks someone is playing a trick on the Democrats.

Harvey Olson of Bad Money describes a day in the life of a French “superhero”.

The host of Jay Solo’s Verbosity wants to know what movie reality you’d like to live out.

The faceless ones doing the dirty work in the trenches.

Jeremiah Lewis at fringeblog has a solution for the Arab-Israeli conflict.

Jim at Snooze Button Dreams thinks we could learn a thing or two from the Europeans on teen drinking.

Rick DeMent at The Rant has some thoughts on U.S. immigration policy.

Nathan at Brain Fertilizer says morality isn’t what you think it is.

The Talking Dog gives a pooch’s eye view of the big blackout.

Lisa Thompson at Field Notes talks about women and their shoes.

Christopher Genovese at Signal + Noise has a suggestion to help improve journalists’ reporting on scientific experiments.

Mean S.O.B.’s that love to hit somebody.

LittleA of A little Aardvark never hurt anyone responds to an editorial that compares conservatives to nazis, terrorists, rednecks, racists, McCarthyites and simpletons.

Doug at Rightward Reasonings sets his sites on Nick Kristoff

Jon Ray of PC Watch takes on extreme lefties in the academy.

Greg at Begging to Differ wonders why the SF Chronicle can’t tell fact from fiction on the topic of Arnold Schwarzenegger.

Pieter Dorsman at Peaktalk explains why he thinks Arnold Schwarzenegger is such an attractive candidate.

Pietro at The SmarterCop doesn’t think we need the schools teaching kids patriotism.

The eponymous author of Trish Wilson’s Blog has the scoop on another pervert running for governor of California.

Chaz at Dustbury has some thoughts on women and divorce.

James Griffith of Griffany Online thinks the commentariat is missing the boat on the UN bombing.

Joe at Attaboy would have bet on the right horse. But he didn’t.

Alex of Hypocrisy & Hypotheses writes about his addiction to BlogShares.

John Moore at Useful Fools thinks Baghdad blogger Salam Pax is a whiner and a baby!

Brian at Argues with Signposts trashes Dave Winer and the BloggerCon.

Kiril Kundurazieff, the proprietor of SneakEasy’s Joint has some thoughts on Blog Wars.

Kevin Aylward of WizBang! calls on everyone to choose a side: Frank or Glenn.

John Lemon of Barrel of Fish wants to be B.B. King (here, here, and here)

Cerona at CyberEcology has a story about Moore’s Law and the diamond trade.

The author of Solonor’s Ink Well likes music and lists some here, here, and here.

They’ve got skills but can’t make it to the game on time.

Gunther of the Gunther Concept compares the websites of the Texas Democrats and Texas Republicans.

Tiger of Rantin’ and Ravin’ looks back fondly on his youth as a poet.

BTW: Next week’s Carny is at Creative Slips.

CARNIVAL OF THE VANITIES #48

Will be hosted right here at OUTSIDE THE BELTWAY. The results will be posted the morning of August 20th. Those wishing to participate should e-mail their entries (include the permalink URL) not later than 10PM Eastern time Tuesday the 19th.

The Carnival was started September 22, 2002 by Bigwig of Silflay Hraka. More information on its origins and intent can be found here.

The gals at Right We Are are hosting next week’s installment. Send your entries to them ASAP.