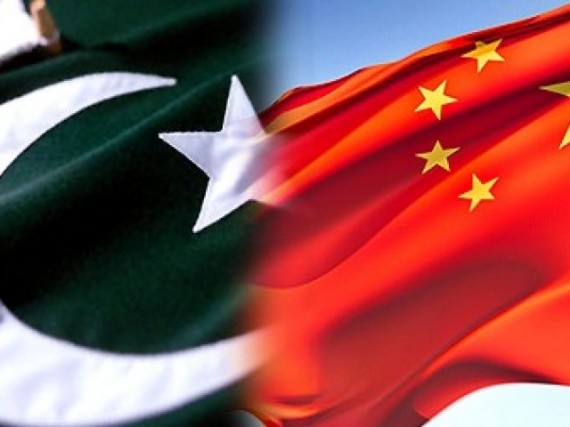 Just in case you didn’t think there was already reason enough to be concerned about Pakistan, here’s about 50 more:

China and Pakistan have jointly produced the JF-17 aircraft, but the new planes would be equipped with more sophisticated avionics, the officials said. The latest jet fighters would be paid for by China, they said.

The announcement came as Pakistan’s already tense relations with the United States soured further after the killing of Osama bin Laden deep inside Pakistan on May 2.

Mr. Gilani’s visit to Beijing served as a pointed reminder of Pakistani suggestions that the government might seek to recalibrate relations with the United States, using China to offset what many here view as an overdependence on Washington.

The United States has provided Pakistan with some $20 billion in aid, mostly military, for its cooperation in fighting terrorism since the attacks of Sept. 11, 2001. Much of that aid has come in the form of reimbursements for Pakistani counterterrorism operations.

Both the aid and the effectiveness of Pakistan’s cooperation have been called into question by the discovery that Bin Laden had lived for years in a large compound adjacent to a top military academy in the city of Abbottabad, a two-hour drive from the capital, Islamabad.

While the Obama administration would still like Pakistan’s cooperation to wind down the war in Afghanistan and to root out terrorist groups, some American lawmakers are now calling for aid to Pakistan to be cut or suspended.

For their part, Pakistani officials were incensed that the Obama administration gave them no notice of the raid until helicopters bearing a Navy Seal team had already left the country.

Mr. Gilani’s four-day visit to China may help Pakistan as it tries to regain leverage with the United States. During his visit, Mr. Gilani met with Premier Wen Jiabao of China, who bolstered Pakistan by saying the United States should respect Pakistan’s sovereignty.

The news about the JF-17 aircraft is clearly a signal that Pakistan is shopping for alternatives to Washington, though the value of the deal may be more symbolic than decisive in terms of Pakistan’s military capacity.

Nonetheless, were I an official in Washington, or New Dehli, I would be looking at this with at least a little bit of concern.