Chris Christie appears set to enter the race for the Republican Presidential nomination, but voters back home in New Jersey don't seem to think very highly of him anymore. 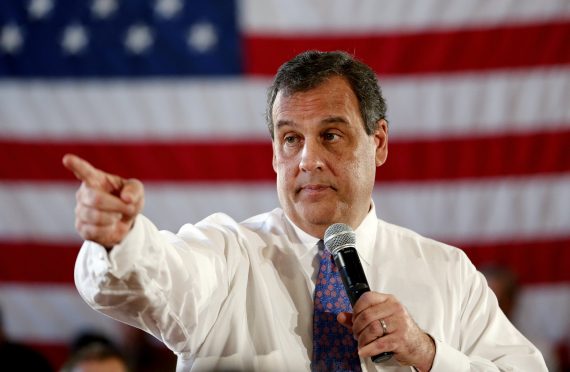 Politico is reporting this morning that New Jersey Governor Chris Christie is expected to announce that he is running for President as early as next week. This comes just a day after the release of a new poll that puts his job approval rating in New Jersey has hit a new low that is most likely fatal to any hopes he may still have about running for President:

Christie’s job approval rating has been on a steady decline for months and was last above water in September of 2014.

Christie has been gearing up for a run at the Republican presidential nomination and has been spending a considerable chunk of time courting voters outside of New Jersey.

Still, Christie’s efforts to woo Republican primary voters outside of his home state have yet to pay dividends.

In many national surveys, Christie routinely has among the lowest favorability ratings and is close to the top of the list of candidates Republicans say they won’t even consider voting for.

An examination of the polls indicates that things are indeed rather grim for once formidable Governor of the Garden State. In national polling, he’s presently in eighth place in the RealClearPolitics average at 4.4%. While this would guarantee him a spot in the debates that begin in August if he maintains these numbers, there are candidates below him, including Donald Trump, who are advancing in the polls and may well overtake him in the next month or so. If he falls out of the top ten by then, he will not get a debate invitation and his chances of breaking through with the public would essentially be over. Beyond the national polling, things seem to be even grimmer for Christie. In Iowa, he’s in tenth place in the polling average at 4.3%, although it should be pointed out that Christie has never polled well in the Hawkeye State. Christie does a little better in New Hampshire where he’s in seventh place with an average of 5.2%, but this is significantly below where he’s been in the past and he seems to be losing ground the more time he spends there. In South Carolina, Christie stands in ninth place in the polling average at 5. 7%, but the Palmetto State doesn’t seem like a state where he has much upward potential in any case. In Florida, Christie is in seventh place at 4.7%, but it’s worth noting that the most recent poll done there had him all the way down at 3%. Add all of this up, and it doesn’t seem as though a Christie campaign would be successful at all.

Many observers will be quick to blame Christie’s fall from grace on the Bridgegate scandal. As I’ve said before, that certainly has played a role in his fall from grace in the eyes of the public and among those Republicans who may have been rallying around his name in the past At the same time, though, it’s worth noting that Christie would have faced an uphill battle with Republicans even if Bridgegate had never happened. To a large degree, it seems clear that Christie’s past performance in the polls was due in no small part to the fact that he had high national name recognition compared to any of the other potential Republican candidates being mentioned at the time and because his rhetorical style appealed to a desire for “no nonsense” politics that we’ve seen before from American voters. When you got down to the issues, though, Christie has always been somewhat out of state with base Republican voters outside of New Jersey. If he had run for President in a universe where there was no Bridgegate scandal, it seems inevitable that those differences would have made it hard for him to navigate a Presidential nomination contest. Perhaps he would have been able to rely on strong performances in New Hampshire and Florida, but that possibility is ruled out in any case thanks to the presence of people like Jeb Bush and Marco Rubio in the race. It’s possible that Christie could have been a strong contender if there had been no scandal, but it is equally possible that he would be in roughly the same position he is today.

These latest polling numbers only seem to make Christie’s prospects more bleak. His record in New Jersey has always been his main selling point, and with job approval numbers in the tank it is hard to see exactly what case he can make for himself compared to other candidates already in the race, or those who are likely to enter such as Scott Walker. It’s of course possible that Christie can bounce back and become a contender, but it certainly doesn’t seem likely. Christie has a decent shot of being a prospect for Attorney General if a Republican manages to win the General Election in 2016, but whatever prospect he may have had at being the Republican nominee himself would seem to be long gone.