Apparently, law schools are in the business of coddling their special snowflake children now. 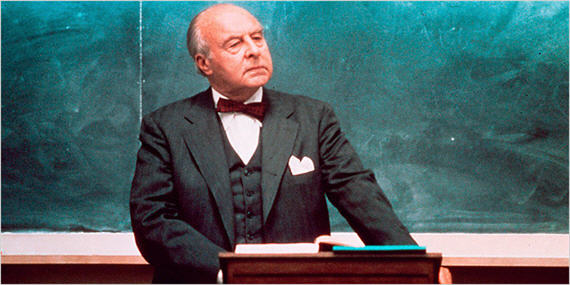 Columbia University Law School is letting students delay exams if they are experiencing ” rauma” due to the Grand Jury decisions in Ferguson, Missouri and and Staten Island and the protests related to the same:

Columbia Law School is allowing students to postpone their final exams this month if they feel unnerved by the recent grand jury decisions not to indict police officers in the deaths of unarmed black men.

The policy was announced by the school’s interim dean, Robert E. Scott, in an email on Saturday to the school community. A small number of students have received postponements, a Columbia spokeswoman, Elizabeth Schmalz, said on Monday, though she declined to say how many.

In his email, Mr. Scott wrote that following existing policies for “trauma during exam period,” students who felt their performance could suffer because of the decisions in the Ferguson, Mo., and Staten Island cases could request a delay.

“The grand juries’ determinations to return nonindictments in the Michael Brown and Eric Garner cases have shaken the faith of some in the integrity of the grand jury system and in the law more generally,” he wrote. “For some law students, particularly, though not only, students of color, this chain of events is all the more profound as it threatens to undermine a sense that the law is a fundamental pillar of society designed to protect fairness, due process and equality.”

The policy, reported this past weekend on the Powerline blog, quickly drew derision from some conservative websites. Some legal scholars expressed surprise, too, saying it showed an unusual degree of solidarity between the law school administration and students, two groups that have not always seen eye to eye. Some also suggested that it was a particularly striking statement for a law school to make, since the students may find themselves on both sides of cases when they became lawyers.

“It shows a remarkable degree of empathy,” Stephen Gillers, a law professor at New York University, said. “Students cannot expect that from their boss in practice, nor I imagine would they ask for it. And they certainly can’t expect it from a judge when papers are due. But you know, academic institutions are worlds of their own.”

“Despite the genuine trauma that law students may honestly feel about the Ferguson and Garner decisions, as lawyers, they are going to be dealing with tragedies many times worse,” Mr. Brafman said. “If law students cannot function with difficult issues like these, maybe they should not try and become lawyers.”

The law school has a general policy that exams can be rescheduled in cases of illness, the birth of a child, religious observance, bereavement or “in other exceptional and documented circumstances.”

One second-year law student said the decision followed a petition to postpone exams and to gain acknowledgment from the administration “of how we felt.”

The student, who did not want to be named because he was applying for clerkships, said that he was aware of some students having their exams, which began this week, postponed until next week, but that he had not heard of any longer delays. The dean’s email did not specify how long the exams could be put off.

“The word ‘trauma’ is sort of being misunderstood,” the student, who is Latino, said. “It’s not a trauma that somebody has if they’ve been exposed to the war. It’s not being able to focus, it’s worrying about your family members. It’s worrying about your future as a lawyer. It’s an existential worry. Then having to apply the very law that’s being used to oppress us.

Put me firmly in the camp with Brafman of those who find this announcement to be utterly absurd. A policy that allows students to request individual delays in their exam schedule because of family emergencies, for health related reasons, or because of illness some other legitimate emergency non-foreseeable reason are, of course, perfectly reasonable and indeed necessary. Such policies were in effect when I was at Rutgers and George Mason some twenty years ago, and I can’t say that I ever became aware of anyone who abused the policy or any Professor who wasn’t willing to provide the necessary accommodations in such circumstances provided that there was sufficient notice and at least some degree of verification that the request was based in truth and not in a desire to simply gain more time to study, or just delay the inevitable.

That’s not what the students at Columbia and, apparently also Harvard Law School, are asking for, though. Unless they were personally connected to the Michael Brown or Eric Garner cases somehow, the odds of which are fairly unlikely, the idea that they are being so “traumatized” by the decisions of the two Grand Juries to not issue indictments is, quite simply, absurd. There are any number of stressful items in the news right now that one could point to, are we to also accept the arguments of graduate students that they are “traumatized” by these events to such an extent that they cannot be ready for exams that they have known were coming for months is utterly absurd. These are students at one of the top law schools in the country who are basically saying that they cannot handle stress. If that’s true then perhaps they don’t belong in law school or becoming lawyers.

And one more thing, if you’re not suffering existential worry then you aren’t doing the law student thing right to begin with. Man up. Or find another career. 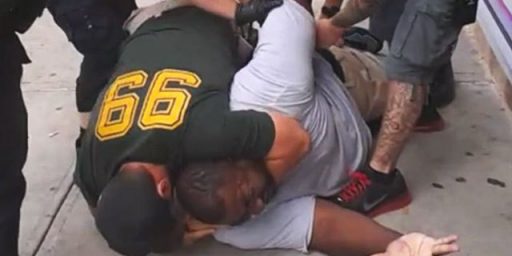