Our politicians have averted an artificial crisis of their own making. The next one's in two months. 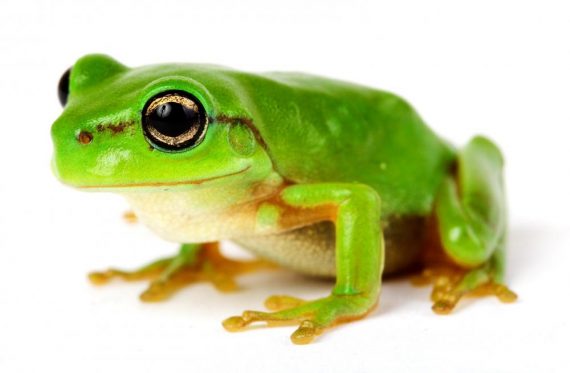 Congress went over its self-created fiscal cliff as we rung in the New Year; they pulled the rip cord on the parachute last night. Now, the recriminations begin.

First off, the CBO tells us that the deal adds $4 trillion to the deficit. The Hill‘s Peter Schroeder (“CBO: ‘Fiscal cliff’ deal carries $4 trillion price tag over next decade“) explains:

The Senate deal to avoid the “fiscal cliff” will add roughly $4 trillion to the deficit when compared to current law, according to new numbers from the Congressional Budget Office (CBO).

The CBO determined Tuesday that the package, hammered out late Monday evening by Vice President Biden and Senate Minority Leader Mitch McConnell (R-Ky.) would — over the next decade — come with a $3.9 trillion price tag.

The extension of lower tax rates for a bulk of the nation’s taxpayers and the addition of a permanent patch to the alternative minimum tax would add roughly $3.6 trillion to the deficit over the next decade, the CBO said. Other individual, business, and energy tax extenders would add another $76 billion. The extension of unemployment benefits would cost roughly $30 billion, and the so-called “doc fix” would tally another $25 billion through fiscal 2022.

The CBO says the budget agreement will lead to an overall increase in spending of about $330 billion over 10 years.

The problem with that is that “current law” was a silly baseline. Recall that the full expiration of the Bush tax cuts and the sequester were both poison pills negotiated between the White House and Congress to force compromise. They were never intended to go into effect, but rather for the prospect of that happening being so horrifying that Democrats and Republicans alike would have no choice but to give in on core principles. That’s why it was a fiscal cliff!

Indeed, as POLITICO’s David Rogers points out (“The price tag: $4 trillion added to deficit“), “since last spring the CBO itself has warned that if nothing were done, the so-called ‘fiscal cliff’ combination of tax increases and automatic spending cuts could throw the country back into recession.”

Instead, though, we actually went over the cliff and then basically said Never mind, kicking the sequester down the road a couple months and fiddling with the top end of the tax cut. Essentially, Congress and the White House agreed to undo the doomsday scenario they themselves created, without getting much at all done in the way of hard choices.

Politically, aside from patting themselves on the back for averting a crisis of their own making without actually solving the problem this whole exercise was allegedly designed to address, both sides seem to be furious about how much their leadership gave in.

Republicans are rightly steamed that their leadership didn’t get any movement on entitlement cuts. The president agreed in principle to a deal that would have conceded substantial ground on that front weeks ago and Boehner and company balked at taking it.  On the other hand, that they got any concessions at all was rather remarkable considering that the Democrats had the winning hand.

The NYT’s Peter Baker (“On the Left, Seeing Obama Giving Away Too Much, Again“) reports on the Democrats’ reaction:

While Mr. Obama got most of what he sought in the agreement, he found himself under withering criticism from some in his liberal base who accused him of caving in to Republicans by not taxing the rich more. Just as Speaker John A. Boehner has been under pressure from his right, Mr. Obama faces a virtual Tea Party of the left that sees his compromise as capitulation.

The main difference is that in the Obama era, the Democratic establishment has been less influenced, or intimidated, by the left than the Republican establishment has been by the right. Liberals have not mounted sustained primary challenges to take out wayward incumbents the way conservatives have. All but three Democrats voting in the Senate and 16 in the House supported the compromise on Tuesday, even as most House Republicans balked, giving Mr. Obama more room to operate than Mr. Boehner.

But the wave of grievance from liberal activists, labor leaders and economists suggested that the uneasy truce between Mr. Obama and his base that held through the campaign season had expired now that there was no longer a threat of a Mitt Romney victory. It also offered a harbinger of the president’s next four years.

The criticism has irritated the White House, which argued that Mr. Obama held true to principle by forcing Republicans to raise income tax rates on the wealthy and extend unemployment benefits and targeted tax credits. Mr. Obama also quashed Republican demands to trim the growth of entitlement benefits. Aides dismissed armchair criticism from those who have never had to negotiate with intractable opposition.

The obvious rejoinder is that Obama didn’t have to do anything to “force” Republicans to raise tax rates on the wealthy. They went up automatically at midnight. By the time Congress was actually voting on this, the Clinton rates were the law of the land and there wasn’t a blessed thing Republicans could do about it. At that point, the negotiation was about whether to cut taxes back to the Bush levels and at what level of income to draw the line. In essence, what Obama got for drawing the line at $400,000 rather than $250,000 was an extension of some welfare programs disguised as tax cuts for people who don’t pay them and an extension of unemployment benefits.

Amusingly, despite this being not only obvious but pointed out over and over during the months of discussion about the fiscal cliff, Baker seems not to get it:

Mr. Obama succeeded in forcing Senate Republicans to raise the top income tax rate to 39.6 percent from 35 percent despite their adamant opposition, although he agreed to apply that to household income above $450,000, instead of $250,000.

Again, the 39.6 percent rate was already the law of the land. It’s Republicans who succeeded at forcing the president, despite his adamant opposition, to agree to apply that to household income above $450,000, instead of $250,000.

Oddly, as if to give ammunition to those who argue that the only principle Republicans will fight for is no taxes on the very rich, they’ve signed off on a deal that, as Bloomberg’s Richard Rubin points out, is an effective tax hike on 77 percent of us.  Yes, the Bush tax cuts have been restored on all earnings below $400,000. But not the Social Security tax holiday.

Additionally, as Kevin Drum reminds us, the punt on the sequester and debt ceiling means we’ll be at this again in two months.

So as soon as Part 1 of the fiscal cliff deal is safely signed and in the history books, we’re going to have the same, dreary argument all over again. Call it Fiscal Cliff 2: The Dogfight in the District Continues. Republicans will once again try to use the debt limit to hold the country hostage, hoping that Obama will—once again!—play the role of the responsible adult in the room and cave in to their demands because he understands that America can’t default on its debts. Obama, for his part, says he’s tired of being typecast, and he’s demanding script changes. Check back on February 28 to see how it all turns out.

And, not to belabor the point, both the sequester and the debt ceiling are stupid traps that our policymakers have set for themselves. Neither of them are real things.

First, as OTB front pagers noted again and again the last time we went through this silliness, no other country on the planet has a self-imposed debt ceiling. Sure, most states and localities have a requirement to run a balanced budget. But national governments quite reasonably allow themselves to go into debt to cover emergencies from wars to natural disasters to global recessions. That the US Government has gone wildly overboard, spending like drunken sailors while fetishizing low taxes, is a problem to be solved. But Congress inherently controls the amount we borrow, since it controls both taxing and spending. To pass a budget that puts us $17 trillion into debt is—in a sane world, at least—to authorize $17 trillion in debt.

Second, the sequester is just a stupid self-dare. It’s like little kids agreeing that, if they chicken out from jumping off the roof, they’ll eat a live frog. While that may incentivize them to jump off the roof or eat a frog, they can simply choose to do neither. At the end of the day, Congress will pass a budget and the president will sign it. Maybe it’ll have $1.2 trillion in cuts; maybe it won’t. But whatever passes will be the law of the land and the sequester frog will be obsolescent.