The United States Congress is starting to resemble a grade-school playground. 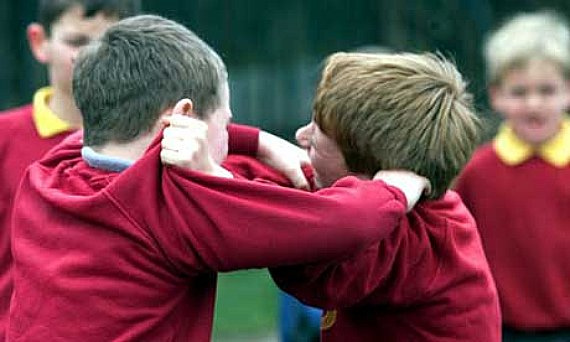 New York Congressman Anthony Weiner became something of an Internet sensation yesterday after this rant against Republican opposition to a bill designed to grant health benefits to 9/11 first responders:

Weiner appeared the next morning with Republican Congressman Peter King, also from New York, and the rant continued:

So, what’s this all about ?

If that’s at all possible, here’s where it gets even more stupid:

In short, the story of Anthony Weiner and the James Zadroga 9/11 Health and Compensation Act is a parable of how obstruction, political brinksmanship, and an aversion to putting principle over politics – by both parties – resulted in institutional gridlock of both comic and tragic proportions.

Make no mistake, the Zadroga Act is very popular on both sides of the aisle: It has 115 co-sponsors in the House, including 15 Republicans. The bill would set aside money to pay the health-care costs for first responders to the 9/11 attacks in New York City, many of whom deal with respiratory issues caused by the dust and debris that day.

Yet on Thursday, only 12 Republicans voted for the bill, and it failed.

Ahead of elections, parties tend to slowly abandon actual achievement in favor of forcing the opposition to take a “poison pill” – forcing a vote that might prove to be embarrassing, and thus good campaign fodder.

In this case, Republicans decided earlier this week to introduce an amendment to the Zadroga Act that would prevent any first responders who were illegal immigrants from collecting the health benefits.

There had been no serious discussion previously about whether any 9/11 responders were illegal immigrants. But getting Democrats to vote in favor of benefits for any potential illegal immigrants would anger voters in conservative districts. Voting against it would anger Hispanics – a key Democratic constituency.

Republicans wanted to set up a lose-lose situation for Democrats.

Of course, there were also many conscientious objections to the bill by Republicans, arguing that there was already a fund for these responders and that the bill, as written, encourages waste and fraud and adds to an already enormous deficit.

Yet the math suggested the bill, without any amendments, had more than enough votes to pass.

So the Democrats responded in kind.

Instead of allowing Republicans to tack on controversial and potentially damaging amendments, the majority employed a procedure to preclude any new amendments. The caveat: Now the Zadroga Act needed a two-thirds majority to pass.

In essence, Democrats made their own “poison pill” out of the bill. The two-thirds threshold forced Republicans either to willingly eat humble pie or to oppose the bill and be open to charges that they were abandoning the heroes of 9/11.

And, the bill fell 35 votes short of 2/3 majority, thus leading to Weiner’s rant on the House floor and King claiming that this is all about “procedure.”

There are no good actors here, of course. The Republicans are at fault to tacking on amendments about illegal immigration that have a clear political motivation to a bill that most of them already support anyway. The Democrats are at fault for taking a risky procedural move designed to prevent Republicans from offering any amendments at all, and then ranting when Republicans vote no.

It’s all stupid, and petty, and childish.

Anthony Weiner Is Running For Mayor Of New York City