The filibuster reform package that Senate Democrats unveiled yesterday has much to recommend to it. Unfortunately, it's probably doomed. 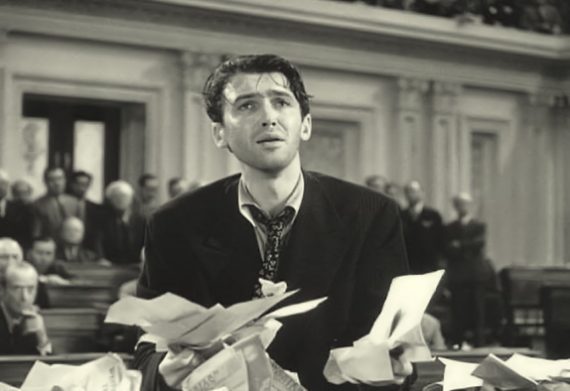 Clear Path to Debate: Eliminate the Filibuster on Motions to Proceed

Makes motions to proceed not subject to a filibuster, but provides for two hours of debate. This proposal has had bipartisan support for decades and is often mentioned as a way to end the abuse of holds.

Prohibits one Senator from objecting on behalf of another, unless he or she discloses the name of the senator with the objection. This is a simple solution to address a longstanding problem.

Right to Amend: Guarantees Consideration of Amendments for both Majority and Minority

Protects the rights of the minority to offer amendments following cloture filing, provided the amendments are germane and have been filed in a timely manner.

This provision addresses comments of Republicans at last year’s Rules Committee hearings. Each time Democrats raised concerns about filibusters on motions to proceed, Republicans responded that it was their only recourse because the Majority Leader fills the amendment tree and prevents them from offering amendments. Our resolution provides a simple solution — it guarantees the minority the right to offer germane amendments.

Following a failed cloture vote, Senators opposed to proceeding to final passage will be required to continue debate as long as the subject of the cloture vote or an amendment, motion, point of order, or other related matter is the pending business.

Provides for two hours of post-cloture debate time for nominees. Post cloture time is meant for debating and voting on amendments — something that is not possible on nominations. Instead, the minority now requires the Senate use this time simply to prevent it from moving on to other business.

There’s a lot to like there. I’ve long favored the “talking filibuster” model since it is a) the way the rule was originally designed and b) is a natural check on abuse. No major GOP filibuster of the last four years — think Obamacare — would have gone any differently under a talking filibuster; when the stakes are high enough the minority should be able to rouse a rotation of senators to hold the floor

Making holds transparent just seems like an undeniably good idea, and I suspect it would get broad bipartisan support if brought up as a standalone.

And, as Allahpundit points out it isn’t necessarily a bad deal for Republicans either:

The threshold worry is that the GOP is still in the minority and therefore stands to lose some leverage if this goes through. True, but that’s meaningless with a Republican House. Anything nutty that Reid passes will die on Boehner’s desk. Think ahead to 2012, when the House will almost certainly stay red and a slew of red-state Senate Democrats will be fighting for their political lives in November. That chamber could flip to the GOP too. If filibuster reform passes now, thereby setting a precedent for the next Congress, and Obama loses his own reelection bid, then the filibuster would be the Democrats’ last means of preventing the repeal of ObamaCare. They could still do it if they’re willing to talk — and talk and talk and talk until the GOP gives up — but this package would weaken their hand. Plan ahead!

I think this analysis is largely correct. This proposal isn’t the elimination of the filibuster that pundits like Ezra Klein and Matthew Yglesias have been advocating for the better part of it year, so it doesn’t totally dilute the rights of the Senate minority to have their voice heard in debate. Instead, these reforms propose doing things like making Senators who want to block debate on a bill stand up and do so publicly, whether by holding the floor via a filibuster, or by eliminating the secret hold. None of these detracts from the rights, or powers, of the minority to have their voices heard, but it does mandate transparency, and to the extent that transparency means that Senators will be less likely to block legislation just for the hell of it, or just to appease their base. It would also seem to encourage more actual debate, which strikes me as a good thing.

Unfortunately, the entire reform effort seems to be in danger:

A push by Democrats to overhaul the filibuster and other Senate rules faces tough odds after Nebraska Sen. Ben Nelson balked at his party’s approach to making the changes on the first day of the 112th Congress.

Several other senior Democrats are wobbling on whether to support their party, as well.

But Republicans are still leaving open the possibility of a gentleman’s agreement on rules reform, with both parties conceding that the Senate is broken.

“We’re working in good faith, and we’ll see if there are suggestions that we can agree on. My own view is that we need to use the rules instead of change the rules,” said Tennessee Sen. Lamar Alexander, the ranking Republican on the Rules Committee who has been negotiating with Rules Chairman Chuck Schumer (D-N.Y.) on a bipartisan compromise.

“I think most of us want to be in the same place: to be in a Senate that actually works, where bills come to the floor, have bipartisan consensus and where senators get to vote and amend,” added Alexander, the Senate’s No. 3 Republican. “I think the last two years have been an aberration. There have been such big Democratic majorities. There have been no incentive to find consensus. Now that’s all changed.”

Democrats who want the Senate to adopt more formal rules changes have pushed Majority Leader Harry Reid (D-Nev.) to use a procedure to extend the first legislative day until the week of Jan. 24, since such changes can be made on that day with a simple majority vote of 51 senators instead of the typical two-thirds threshold.

But when asked about using the so-called “constitutional option,” Nelson replied, “I don’t want to do that.”

“I think you can do it in a different way,” he told POLITICO. “I just have a different idea – there’s no question that the system is dysfunctional.”

Sen. Mark Pryor (D-Ark.) said he was also undecided on the issue. Meanwhile, Sen. Max Baucus (D-Mont.) seemed concerned about one party trying to “jam their wishes down the other’s throat,” but said that he expected the issue to be worked out through a compromise.

Not much gets accomplished around here unless there’s compromise and agreement,” Baucus said.

Which means that we’re unlikely to get any reform this time around unless it can be agreed to by 60 Senators. Perhaps that will be enough to get rid of secret holds, but even that’s not clear. Which means it is as likely as anything that nothing happens this term and that we’re in for two more years of procedural gamesmanship.