Technology has saved the lives of countless American soldiers. But it's made going to war easier. 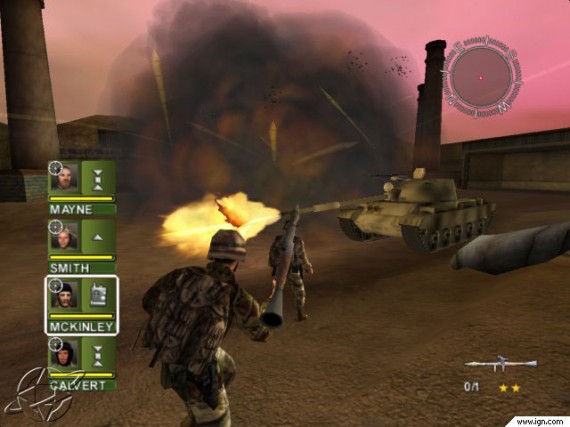 Cheryl Rofer uses my Atlantic article on Perpetual Wars as a jumping off point:

I’d like to add a couple of things on the practical side. Americans love technology. So it’s easy, too easy, to believe that we’ll put our high-tech begoggled and battery-using military on the ground, and they’ll fix it all. After all, they’re our kids, nice guys who will be happy to have a cup of tea with the tribal leaders. And if that doesn’t work, we’ll send in those carefully targeted missiles. No sweat.

The American public loves a quick fix, and if it’s by technology, it’s a sure sell.

The military, of course, embodies that quick technological fix, and the federal budgets have aided and abetted the image and the reality. Even Robert Gates, the Secretary of Defense, has suggested that some of his Department of Defense budget might be diverted to the State Department. But Congress loves those gizmos, too, especially when they’re manufactured in their districts. And State manufactures many fewer gizmos.

While he’s often the butt of jokes in military circles (or, perhaps, retired military circles by now) Jimmy Carter and the Offset Strategy of his Secretary of Defense, Harold Brown, was a line of demarcation in U.S. defense policy. He made a conscious decision to trade gold for blood, spending large sums on high tech gizmos that worked in concert with one another to minimize American military casualties to the maximum extent possible. Ronald Reagan gets most of the credit because he doubled down on this policy and wrecked the budget pursuing it. Since then, it has been bipartisan wisdom that we must spend more on defense than all our adversaries and allies combined.

We saw flashes of this is Libya in 1986 but Operation Desert Storm was the coming out party. U.S. troopers imposed their will on the fifth largest army in the world in 100 hours (if we don’t count weeks of preparatory bombing for no apparent reason). While those of us on the ground didn’t know it at the time, our comrades walking around in flip-flops in the rear area were in roughly as much danger as we were. We suffered 148 battle deaths and 145 nonbattle deaths–but the battle deaths include 35 from friendly fire and 28 from a SCUD attack on Dhahran, Saudi Arabia–about as fear in the rear as it got.

Not only did this go a long way to erasing the dreaded Vietnam Syndrome, it created one of its own: Desert Storm Syndrome*–the notion that wars will be quick, painless, and entertaining.

When, two and a half years later, 18 Rangers were killed at the Battle of Mogadishu, it was positively horrifying. That they’d taken something like a thousand bad guys with them was of small comfort: War was supposed to be a video game. So, for the rest of the 1990s, we did all our fighting from several thousand feet. In Kosovo, this drastically compromised the mission; but it kept American casualties to a minimum. We lost two in an Apache helicopter crash–during a training exercise. Which, naturally, prompted questions about why we would use aircraft flying low and slow. (Not so much, oddly, about what the hell we were doing in Kosovo.)

Thus far, we’re taking the same approach to Libya: Steadfastly refusing to use ground troops despite a political objective (regime change) that would be much easier to achieve with their use.

In Iraq and Afghanistan, the initial operations were Desert Storm on steroids. In both cases, American forces took their objectives with amazing speed and precision, suffering a relative handful of casualties. But the longer term missions required sustained deployment of ground troops for counterinsurgency, stabilization, development, and other non-kinetic or only occasionally kinetic activities. Here, technology is much less decisive.

One would think that Iraq, in particular, would have done for Desert Storm Syndrome what Desert Storm did for Vietnam Syndrome. But it doesn’t seem so. Unless the lesson is simply to go back to fighting from long range and hoping for the best.

___________
*While the idea is not original with me, the coinage may be. It should not be confused with”Gulf War Syndrome,” which is something else entirely.