Disloyalty To Boehner May Cost One Congressman His District 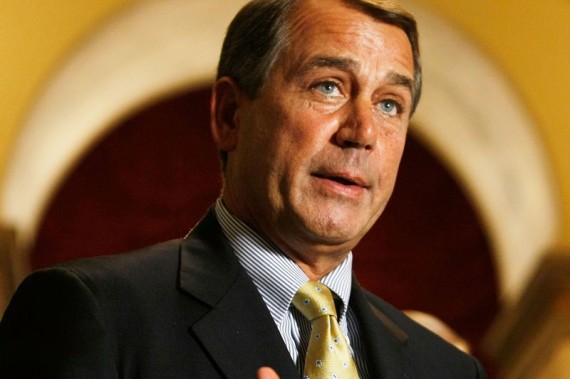 Two Republican sources deeply involved in configuring new Ohio congressional districts confirmed to The Dispatch today that Jordan’s disloyalty to Boehner has put him in jeopardy of being zeroed out of a district.

“Jim Jordan’s boneheadedness has kind of informed everybody’s thinking,” said one of the sources, both of whom spoke only on condition of anonymity. “The easiest option for everybody has presented itself.”

Jordan’s rural 11-county district, which has a 60 percent Republican voter index, “is easy to cannibalize because it stretches so far,” said the other source.

Hostilities between Boehner and Jordan, whose districts abut each other, broke out into the open this week as the speaker struggled to line up votes from tea party conservatives in the House for his plan to raise the debt ceiling while cutting as much as $3 trillion over the next decade.

Jordan, a tea party favorite who chairs the 170-plus member Republican Study Committee, has stymied Boehner’s efforts to raise the debt ceiling. On Wednesday, the rift exploded when it was discovered a key aide to the committee sent emails to conservative groups urging them to push undecided Republicans to vote against Boehner’s plan.

The undermining of Boehner was the last straw for Statehouse Republicans controlling the redistricting process in Ohio, saying Jordan’s refusal to be a team player should cost him his job.

“He doesn’t know it, but he solved a problem for Republican line-drawers by (figuratively) standing up and saying, ‘I’m a jerk and I deserved to be punished,’ ” said one of the sources.

Boehner is denying any involvement in the redistricting controversy, of course, but it’s likely that he has far more political friends in Columbus than Jordan does. Moreover, Ohio is losing two seats and the general principle is that each party gives up one safe seat to be carved up into other districts. The Democrats in Ohio appear to have already decided to throw Dennis Kucinich under the bus by carving up his Northern Ohio (mostly Cleveland and Cuyahoga County) district. Jordan may have just given Ohio legislators the Republican district they need to find.