A plan to distribute migrants from the conflicts in the Middle East and North Africa across the entire European Union seems destined to cause political conflict. 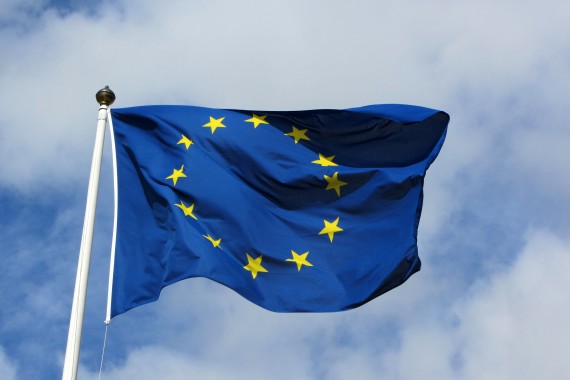 The European Commission is working on a plan that would propose distributing the millions of people who have fled Syria, Libya, and other parts of the Middle East and North Africa across the entire European Union:

LONDON — As Europe struggles to address a worsening migration crisis, the executive arm of the European Union is expected this week to submit a proposal to distribute migrants across the 28-member bloc, officials said on Monday, a plan that would encounter fierce resistance from some national governments.

Tens of thousands of migrants this year have risked the dangerous crossing of the Mediterranean, often on rickety boats and with fatal consequences. Last month, a vessel capsized off Italy, killing as many as 900 people.

The proposal for redistributing migrants would be based on a quota system that would take into account factors like the size of a country’s population, the state of its economy and its level of joblessness, European Union officials said.

The plan, which has not been finalized and must be approved by national governments to take effect, is being supported by Germany. Last year, the Germans fielded one-third of the 570,800 asylum claims registered in the European Union, according to the United Nations High Commissioner for Refugees, and they are pressing for other countries to take their share.

The countries in Southern Europe where many of the refugees land, most notably Greece, Italy and Malta, are also pushing hard for other member states to help alleviate the pressure on them.

Jean-Claude Juncker, the president of the European Commission, the European Union’s executive arm, has argued strongly in favor of quotas since last month. “We must distribute refugees throughout the whole of Europe,” he told the European Parliament.

But at a time of strained national budgets and simmering anti-immigrant sentiment in Europe, the attempt to press countries to take in more migrants is encountering strong opposition, including from Britain and Hungary, and the proposals face an uphill struggle to win approval.

For many European Union countries, asylum policy is viewed as a matter of national sovereignty, and they object to efforts by Brussels to force them to take action.

Viktor Orban, the Hungarian prime minister, said in an interview on state radio on Friday that “the idea that somebody allows some refugees in their own country and then distributes them to other member states is mad and unfair.” Instead, he called for Europe to focus on rooting out human traffickers.

If the plan goes forward, it is likely to become a huge political issue for Europe as a whole, and in a number of European nations where the issue of immigration has become something of a political hot button. One of those nations, of course, is the United Kingdom, where anti-Europe sentiment is fueled at least in part by the the migration issue and newly re-elected Prime Minister David Cameron has already promised that there will be a referendum on Britain’s future in Europe in 2017, although many have suggested that the date of the referendum could get moved up depending on political pressures and developments in Europe itself. The Times (U.K.) reports that this plan, if it were implemented, could see the number of migrants granted status in the United Kingdom increase from 30,000 per year to as many as 60,000 per year. Given the fact that the instability and war that is causing these people to flee their homelands is likely to continue for the foreseeable future,

A plan like this seems as though it could be just the kind of catalyst to force the issue, not just in the United Kingdom but elsewhere in Europe. where the introduction of migrants and immigrants is already a hot button political issue.. France, for example, is a nation where immigrant issues have been a political issue for some time, and have led to increasing levels of support for the right-wing National Front. Additionally, though, as the comments of Hungarian Prime Minister Orban make clear, there are plenty of nations in the E.U., mostly in Eastern Europe, where the nation and the economy simply aren’t capable of absorbing large numbers of immigrants or temporary migrants. This is also largely true of nations like Greece and Italy where these migrants have been showing up in the largest numbers, of course, but that is where they migrants have landed and, other than the E.U. playing a role in providing assistance to these nations in dealing with the migrants, I’m not sure that there’s much that can be done about that.

If the E.U. were more of a nation in something other than name only, of course, this would hardly be an issue. In many ways, this situation is analogous to the migrant crisis that we were dealing with here in the United States last year when thousands of Central American refugees were showing up at the Texas-Mexico border to escape conditions in their own countries and other the mistaken belief that the could be automatically granted residence. Because many of these migrants were children, they couldn’t simply be returned to their homes without the due process that the law allows, thanks largely to a well-intentioned but badly written law passed by Congress. In order to deal with the large number of refugees, Federal officials moved them to temporary facilities in other states. While there were many protests about this, there wasn’t anything that state officials could really do about it. In Europe, though, any plan that the European Commission puts forward will have to be approved by the national governments of each member. In light of the issues I discuss above, one suspects that the debate over any legislation authorizing that plan would be contentious indeed in many nations. For that reason alone, I suspect that it will be next to impossible to put this plan into operation and that, in nations such as the United Kingdom, it is more likely to energize the anti-Europe forces than anything else.