“Experts” Wonder If Kids Should Have A Best Friend 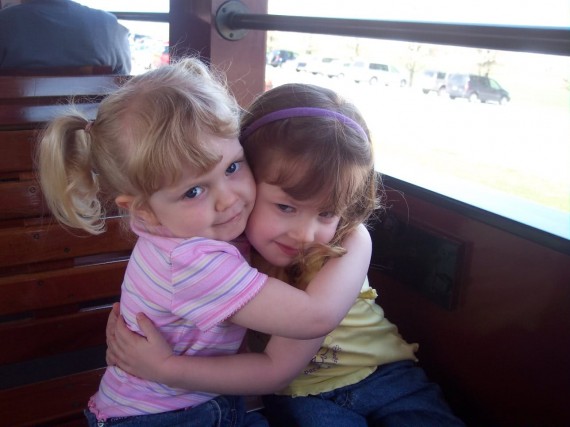 Today’s New York Times brings yet another example of the ways in which so-called experts seem to be intent on ruining childhood:

increasingly, some educators and other professionals who work with children are asking a question that might surprise their parents: Should a child really have a best friend?

Most children naturally seek close friends. In a survey of nearly 3,000 Americans ages 8 to 24 conducted last year by Harris Interactive, 94 percent said they had at least one close friend. But the classic best-friend bond — the two special pals who share secrets and exploits, who gravitate to each other on the playground and who head out the door together every day after school — signals potential trouble for school officials intent on discouraging anything that hints of exclusivity, in part because of concerns about cliques and bullying.

“I think it is kids’ preference to pair up and have that one best friend. As adults — teachers and counselors — we try to encourage them not to do that,” said Christine Laycob, director of counseling at Mary Institute and St. Louis Country Day School in St. Louis. “We try to talk to kids and work with them to get them to have big groups of friends and not be so possessive about friends.”

“Parents sometimes say Johnny needs that one special friend,” she continued. “We say he doesn’t need a best friend.”

That attitude is a blunt manifestation of a mind-set that has led adults to become ever more involved in children’s social lives in recent years. The days when children roamed the neighborhood and played with whomever they wanted to until the streetlights came on disappeared long ago, replaced by the scheduled play date. While in the past a social slight in backyard games rarely came to teachers’ attention the next day, today an upsetting text message from one middle school student to another is often forwarded to school administrators, who frequently feel compelled to intervene in the relationship. (Ms. Laycob was speaking in an interview after spending much of the previous day dealing with a “really awful” text message one girl had sent another.) Indeed, much of the effort to encourage children to be friends with everyone is meant to head off bullying and other extreme consequences of social exclusion.

Here’s another idea…… why not just let kids be kids and stop trying to psychoanalyze every decision they make to see it if makes everyone feel better ? This obsession with so-called “self-esteem” is also the reason that they don’t keep score in Tee-Ball anymore, and it is, quite honestly, ridiculous.