A Federal Judge In Kansas has blocked enforcement of a state law barring anyone who does business with the state from engaging in a boycott of Israel.

Last week, a Federal District Court Judge blocked a Kansas law requiring anyone doing business with the state to certify that they are not engaging in a boycott of Israel:

A federal judge has blocked Kansas from enforcing a state law that requires state contractors to promise they will not boycott Israel.

Judge Daniel Crabtree issued the order on Tuesday in an ongoing challenge to the anti-boycott law brought by the American Civil Liberties Union.

“I think they will lose on appeal,” Brownback said of the ACLU. “I think this judge — these have been, these types of laws have been passed for years at the federal level. Whether it’s on Iran or really a number, South Africa and apartheid. You’ve had laws like this for years and they’ve been upheld.”

Esther Koontz, a curriculum coach at Horace Mann Dual Language Magnet School in Wichita, is suing to block the law. The ACLU is representing her.

Koontz refused to sign a certification that she is not participating in a boycott of Israel.

Koontz is qualified to train teachers statewide as a contractor with the Kansas Department of Education’s Math and Science Partnerships program. But the state won’t give her new assignments under the law.

“Today’s ruling marks a notable victory for the First Amendment,” Micah Kubic, director of the ACLU of Kansas, said in a statement. “The government has no right telling people what they can and can’t support, and this preliminary injunction will protect other Kansans from enduring the First Amendment violation that Ms. Koontz has endured.”

Crabtree’s order blocks enforcement of the law while the lawsuit continues. In a written order, Crabtree found “that the continuing harm to plaintiff’s First Amendment rights — and those of persons similarly situated — outweighs defendant’s speculative suggestion that an injunction will harm” the state of Kansas or its merchants.

Vera Eidelman at the ACLU’s blog has more details: (Note that the ACLU represents the Plaintiff in this litigation)

The Kansas law requires that any person or company that contracts with the state sign a statement that they are “not currently engaged in a boycott of Israel.” The ACLU brought the lawsuit in October on behalf of Esther Koontz, a schoolteacher who refused to sign the certification. Today’s decision, an important victory for political speech, will allow her to resume her work. Thanks to the order, Kansas is prohibited from enforcing its law while the case proceeds.

This is the first ruling to address a recent wave of laws nationwide aiming to punish people who boycott Israel, and it should serve as a warning to other states with similar provisions, including one we are challenging in Arizona. It correctly recognizes that forcing an individual to choose between exercising their rights and contracting with the state is unconstitutional.

Esther is a veteran math teacher and trainer who was told she would need to sign the certification statement in order to participate in a state program training other math teachers. She boycotts consumer goods and services produced by Israeli companies and international companies operating in Israeli settlements in the occupied Palestinian territories. She does so in order to protest the Israeli government’s treatment of Palestinians and to pressure the government to change its policies. As a result, she could not in good conscience sign the statement and thus couldn’t participate in the state program.

The Kansas law, and others like it that have been adopted by various states concerns the so-called Boycott, Divest, and Sanctions Movement, or “BDS” for short, which seeks to persuade nations, international organizations, and corporations to stop doing business with Israel until that nation “meets its obligations under international law.” In recent years, the movement has become more controversial due to both its tactics and the rhetoric that it uses, which many have claimed has become increasingly anti-Semitic and anti-Israel, and many states have adopted their own version of laws prohibiting government entities, corporations, and individuals from taking part in or advocating in favor of the boycott that the BDS movement is seeking to promote. Leaving aside for the moment the question of whether or not the question of whether the claims that the BDS movement and its supporters make about Israel and its policies are accurate, or the more serious allegations that many of the people associated with the movement are anti-Semitic rather than simply being opposed to the current policies of the State of Israel, it seems clear to me that laws like this are indeed unconstitutional and the Judge Crabtree got the ruling pretty much right.

Based on existing First Amendment precedent, it seems clear that the Kansas law in this case, which also effectively requires someone in the Plaintiff’s position to engage in politically motivated speech by signing an oath that they have not and will not engage in certain types of political activity, is unconstitutional.

For example, in 1931 the Supreme Court held in Stromberg v. California that a California law barring the display of red flags in public was unconstitutional, ruling that peaceful conduct that was not disruptive of public order was “repugnant” to the Constitution. Fourteen years later, the Court ruled in West Virginia State Board of Education v. Barnette, that the First Amendment protected the rights of students who refused to take part in the recitation of the Pledge of Allegiance. In ruling in that case, Justice Robert Jackson noted that the very purpose of the Bill of Rights was to remove certain subjects, such as freedom of speech from “the vicissitudes of political controversy, to place them beyond the reach of majorities and officials and to establish them as legal principles to be applied by the courts.” Some twenty-four years later, in Tinker v. Des Moines Independent Community School District, the Court held that a school district could not bar students from wearing black armbands to school to protest the Vietnam War. Two years after that, the Court ruled in Cohen v. California that a defendant could not be punished for wearing a jacket that said “Fuck the Draft” in a public place, saying that the act the law was aimed at punished “speech” rather than “conduct.” In 1989, the Court ruled in Texas v. Johnson that laws criminalizing burning the American flag were an unconstitutional abridgment of the First Amendment and that the burning of the flag constituted expressive conduct that was clearly within the boundaries of the First Amendment. More recently, the Court held in Snyder v. Phelps that the Westboro Baptist Church could not be punished for holding protests on public property outside the funerals of American soldiers who had died in Iraq or Afghanistan.

Finally, and perhaps most importantly, there is the Supreme Court’s ruling in NAACP v Claiborne Hardware, which served as the primary basis for Judge Crabtree’s ruling. In this 1982 case, the Supreme Court ruled in a unanimous 8-0 vote (Justice Thurgood Marshall took no part in the case due I would assume to his long-standing relationship with the NAACP prior to joining the Supreme Court), the Court ruled that states cannot prohibit peaceful political advocacy in favor of a boycott undertaken for political means. While the case is obviously a freedom of speech case, a good part of the Court’s opinion in Claiborne deals with a seemingly ridiculous argument in defense of the law that was made by the lawyers for a group that consisted of merchants in Port Gibson, Mississippi that were being subjected to a boycott by civil rights activists. That argument was that the organizers of the boycott were violating Mississippi’s equivalent of the Sherman Antitrust Act by diverting African-American customers of white-owned businesses to businesses owned by minorities. Additional claims against the boycott movement included claims of tortious interference with business relationships and violation of a state law barring so-called “secondary boycotts.” In its decision, the Court rejected those claims and ruled that the claims against the boycotters were protected by the First Amendment, holding that  “boycotts and related activities to bring about political, social and economic change are political speech, occupying “the highest rung of the hierarchy of First Amendment values.”

What all these cases add up to is the conclusion that behavior, such as engaging in a politically-motivated boycott, is clearly protected by the First Amendment. In his ruling, Judge Crabtree held that the Kansas law in question violated the First Amendment because it sought to deprive the Plaintiff of a benefit that she was entitled to under the law based purely on political criteria and a requirement that she certify that she would not engage in certain kinds of political activity.  As Judge Crabtree put it in the opinion, ”the First Amendment protects the right to participate in a boycott.” In reaching this conclusion, the Judge found that the central purpose of the Kansas law was to punish those who wish to engage in political activity, in this case, people who wish to make a political statement by boycotting companies that do business with the state of Israel. As the Judge notes in his opinion, is made apparent by the law’s own authors;  ”The Kansas Law’s legislative history reveals that its goal is to undermine the message of those participating in a boycott of Israel. This is either viewpoint discrimination against the opinion that Israel mistreats Palestinians or subject matter discrimination on the topic of Israel.” Given that the law seeks to deny a benefit that everyone is entitled to based solely on the fact that the state does not approve of their political views and manner in which they choose to peacefully advocate those views, it seems clear that Judge Crabtree’s ruling is the correct one.

What Judge Crabtree did last month is important because it upholds the principle that the state cannot punish an individual merely because it disapproves of the political views they hold or the manner in which they choose to express those views. This seems like an axiomatic application of basic First Amendment law, of course, but it’s likely to face a serious challenge at the appellate level as the State of Kansas has already indicated that they will appeal the temporary injunction that Judge Crabtree put in place. As long as that injunction is in place, though, Kansas cannot require teachers such as the Plaintiff or other state residents to certify that they are not engaging in conduct that is clearly protected by the First Amendment. While the ruling itself has no legal effect outside of Kansas, it stands as an important signal that using the power of the state to impose what amounts to viewpoint discrimination is neither permissible nor acceptable. In that respect, one hopes it will be seen as persuasive authority well beyond the boundaries of the Sunflower State and that the 10th Circuit Court of Appeals will uphold this ruling when it reaches them on appeal. 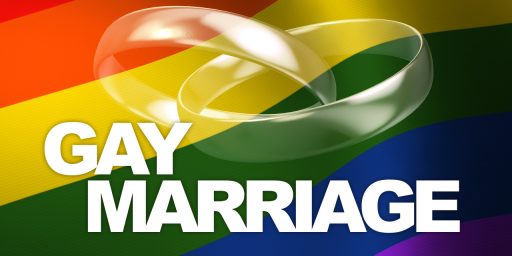