A Federal Judge in Oregon has rejected an efforts by a parent's group to block a school district policy that allows transgender students to use the restroom facilities that conform to their gender identity. 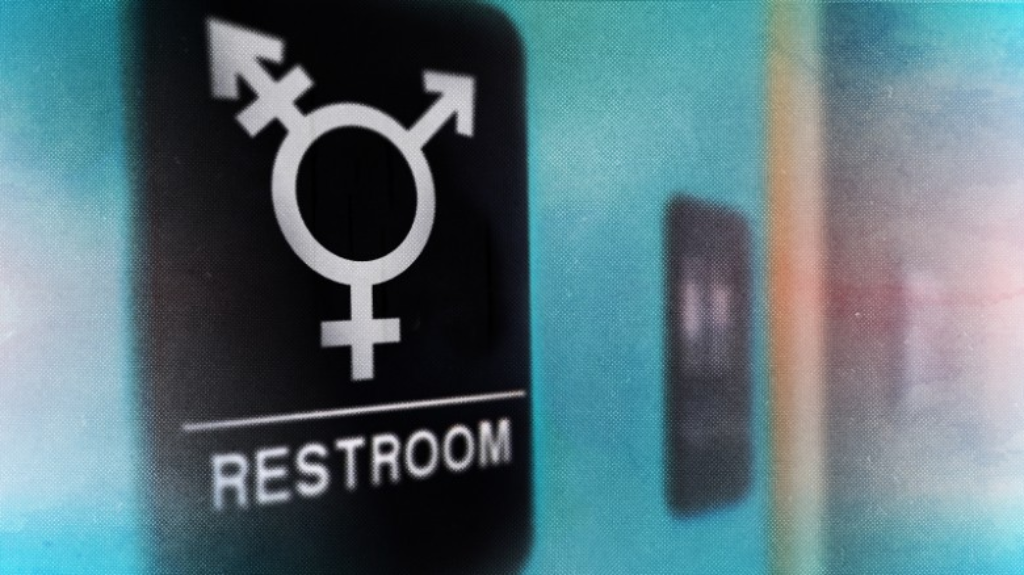 Last week, a Federal District Court Judge in Oregon became the latest Federal Judge to rule in favor of a transgender student seeking access to the bathroom and locker room facilities of the gender with which they identify rather than their biological gender:

A federal judge in Oregon issued a ruling this week in favor of transgender students, saying that forcing them to use restrooms that correspond with the gender they were assigned at birth would violate civil rights law.

In a 56-page opinion released Tuesday, Judge Marco A. Hernández of Federal District Court in Portland said that transgender students should be allowed to use bathrooms that match the gender they identify with. The ruling upheld the policy of a school district in Dallas, Ore., that allowed a male transgender student to use the boys’ restrooms, showers and locker rooms.

The judge dismissed claims by some students and parents saying that other male students experienced “embarrassment, humiliation, anxiety, intimidation, fear, apprehension and stress produced by using the restroom with students of the opposite sex.”

Judge Hernández wrote in his opinion, “Forcing transgender students to use facilities inconsistent with their gender identity would undoubtedly harm those students and prevent them from equally accessing educational opportunities and resources.”

The Oregon case began in 2015, when Elliot Yoder, a student who had been using female restrooms and locker rooms, publicly identified as a boy and asked to use the boys’ facilities. The school put in place a policy that year allowing him to do so.

A group of parents and other members of the community, after seeking to undo the policy at local school board meetings, sued in 2017, according to the judge’s opinion. Lawyers representing them did not respond to requests for comment Thursday, and Elliot could not be reached for comment.

Gabriel Arkles, a lawyer with the American Civil Liberties Union who argued the Oregon case, said the lawsuit was part of a coordinated national effort to challenge policies allowing transgender students to use bathrooms for genders they identify with.

“It’s definitely a part of a strategy,” he said.

Gary McCaleb, senior counsel with the Alliance Defending Freedom, which has argued in cases in favor of restricting bathroom use, said on Thursday that the judge’s ruling denied students’ privacy.

“The Oregon ruling treats sex as if it were determined by a person’s perception of their masculinity or femininity, rather than the objective fact that a person is either male or female,” he said.

This ruling out of Oregon is only the latest development regarding legal efforts attacking, or seeking to uphold. school policies regulating how transgender students are to be treated when it comes to bathroom and locker room facilities. Most recently, for example, a Federal Judge in Virginia breathed new life into the case of Gavin Grimm, a transgender student in Glouster County, Virginia who was challenging the school district’s policy that barred him from using the male restroom facilities notwithstanding the fact that he is genetically female. Grimm had previously won his argument before both the District Court and the Fourth Circuit Court of Appeals, but his case was sent back to the District Court by the Supreme Court rather than receiving a ruling on the merits. The new ruling in Grimm’s favor sets the case up for an eventual return to the Supreme Court. At the same time as the decision in the Grimm case, the Third Circuit Court of Appeals upheld the policy of a suburban Philadelphia area school district that allowed transgender students to use the restrooms that match the gender they identify with. In another case handed down earlier this year, a Federal Judge in Maryland ruled in favor of a transgender student whose school district had sought to bar her from using the restroom facilities that matched her gender identity. Another victory for transgender rights came in December of last year when a District Court Judge in Illinois ruled in a case similar to the one in Oregon that had been brought by a group of parents seeking to bar a school district from enacting a policy that allowed transgender students to use the bathroom and locker rooms matching their gender identity. In that case, the Judge sided with the school district and the transgender student at the center of the case, and against the parents seeking to overturn the policy. In May of last year, meanwhile, the Seventh Circuit Court of Appeals ruled in favor of a Wisconsin student who had sued his school district after it sought to bar him from using the restroom facilities that match his gender identity.

The present case is somewhat different from many of these previous cases in that, rather than involving a challenge by a transgender student to a policy that barred them from using the restroom facility that matched their gender identity, it deals with a challenge by a group of parents and community groups challenging a school policy that recognized the rights of transgender students to use the restroom facilities that correspond to their gender identity. In their lawsuit, these parents claimed that this policy was unconstitutional and in violation of existing laws based on a number of claims ranging from violations of a “right to privacy” to religious liberty claims and a number of other arguments. In his opinion, which is embedded below, Judge Hernández rejected each of these claims and held that the rights of the transgender students would be far more adversely impacted by forcing them to utilize facilities inconsistent with their gender identity than whatever rights other students may have been harmed by the existing policy. In their lawsuit, the parents alleged, for example, that allowing a biologically female student who identifies as male to use the boy’s facilities would cause male students to experience “embarrassment, humiliation, anxiety, intimidation, fear, apprehension and stress produced by using the restroom with students of the opposite sex.” Based on the opinion, though, it seems clear that these assertions are based mostly on pre-conceived notions about what being transgender means and on what can only be described as bigotry dressed up as a religious principle. Additionally, it’s worth noting that if the school district had adopted the policy that the parents are demanding, it would have exposed itself to legal liability in the inevitable lawsuits that would be brought by transgender students who are being denied access to the facilities that conform to their gender identity.

As a matter of both policy and law, it seems fairly clear to me that the transgender students in these cases have a far stronger argument than opponents such as the parents in this particular case have in opposition to policies that recognize the reality of gender identity and which have adopted restroom policies in conformity with that identity. As the Departments of Justice and Education under the Obama Administration argued, it seems fairly clear that discrimination based on gender identity falls within the type of discrimination based on “sex” that is barred by the Civil Rights Act of 1964 and by Title IX, which extended the protections of the 1964 act into the education field. Based on that conclusion, the Obama Administration had advised school districts that barring students from access to restroom facilities that conform to their gender identity would potentially leave school districts open to challenges under those Federal laws. While the Trump Administration has since rescinded those guidelines, the legal argument that was made pursuant to them has been cited by several Federal Courts in support of their rulings in favor of transgender students.

In addition to that statutory argument, several recent opinions in favor of the students have found that policies that do not recognize the student’s gender identity violate a student’s rights under the Equal Protection Clause. This is a view that has been adopted by both the Seventh Circuit Court of Appeals and by a Federal District Court Judge in Maryland. In both cases, the Court found that a claim of discrimination based on gender identity must be judged based on so-called “heightened” or “intermediate” scrutiny, meaning that the jurisdiction defending the law being challenged must show that it furthers an important government interest by means that are substantially related to that interest. In both cases, the respective courts found that the policies barring transgender students from using the restroom that corresponds to their gender identity violated the 14th Amendment’s Equal Protection Clause, an analysis that seems to be fairly strong.

As with the other cases, this case will likely be appealed to the relevant Circuit Court of Appeals, which in this case would be the Ninth Circuit. While this particular Court has yet to rule in this type of case, it seems likely that they would view cases such as this similar to the manner in which other courts have, and find that the school’s interest in protecting the rights of transgender students, as well as protecting itself from legal liability, outweigh the rather flimsy arguments advanced by the opponents of the policy.