Victoria Nuland, Asistant Secretary of State for European and Eurasian Affairs, pithily expressed her frustrations about the European Union. 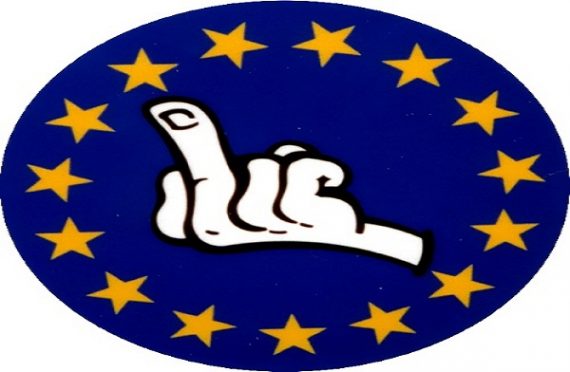 Victoria Nuland, Asistant Secretary of State for European and Eurasian Affairs, pithily expressed her frustrations about the European Union.

President Obama’s top diplomat to Europe has been caught on tape saying “F–k the EU.”

The conversation between Assistant Secretary of State Victoria Nuland and U.S. Ambassador to the Ukraine Geoffrey Pyatt was anonymously leaked on YouTube.

Nuland and Pyatt are not identified on the recording, but the tape appears to be genuine.

It’s not clear who recorded or leaked the call, though speculation has immediately fallen on Moscow.

In the leaked telephone call, first reported by the Kyiv Post, Nuland sharply criticizes the European Union’s handling of the Ukraine crisis and lays out the administration’s desired outcome for the crisis.

Nuland’s criticism of the EU comes in the context of praising United Nations Secretary General Ban Ki-moon for picking an envoy to deal with the political crisis.

At least four people have been killed in protests that have rocked the ex-Soviet republic since President Viktor Yanukovych turned down an association agreement with the EU late last year in favor of closer ties with Russia.

Nuland argues that the U.N. envoy will “help glue this thing and to have the U.N. glue it. And you know, f–k the EU,” she adds.

“Exactly,” Pyatt can be heard replying. “And I think we got to do something to make it stick together, because you can be sure that if it does start to gain altitude the Russians will be working behind the scenes to torpedo it.”

While this might make things a bit awkward her next trip to Brussels, this was a private conversation with a colleague, not a public appearance. Nuland is an Europe old hand, having served as our ambassador to NATO and as the State Department spokeswoman. Her bona fides as both a friend of Europe and a professional diplomat are unimpeachable.

And the phrase in question has likely been uttered by every European head of state.

Those who find either the language or the tone of her conversation with Pyatt disturbing know nothing about diplomacy. For starters, the fecklessness of the EU when confronted with Russia’s bad behavior, whether in Ukraine or elsewhere, is a matter of ugly record. Moreover, if one F-bomb is too much for you, be glad you were never on the receiving end of a tirade from Nuland’s predecessor, Richard Holbrooke.

And as to those who are shocked, just shocked, by the U.S. attempt to manipulate Ukraine’s opposition, this is exactly what diplomats at higher levels try to do: All the foreign ambassadors in Washington worth their pensions have salty, Machiavellian conversations with their superiors and colleagues about how to shape votes of the U.S. Congress. If you’re an American, be glad that pros such as Nuland are on the job, and hope that your other diplomats aren’t sitting around munching cucumber sandwiches in between demarches.