The talking points prepared in the immediate aftermath of the Benghazi attack were heavily edited at the request of the State Department.

One of the stranger aspects of the entire story surrounding the attack on the U.S. diplomatic post  in Benghazi has been the whole issue of the so-called “talking points” and the reason why Susan Rice went on television on September 16th blaming the attack on protests that had erupted over an anti-Muslim video. After all, we know that by that time the CIA and other sources inside the government had contributed information that determined that the party responsible for the attack was an al Qaeda linked group in eastern Libya. Earlier this week, we learned from the Deputy Chief of Mission for Libya, who was in Tripoli at the time, that all the information they had at the time of the attack that the attack was terror attack not linked to any protests and that, indeed, the video itself was not even news in Libya prior to the time of the attack. Now, ABC News’s Jonathan Karl is reporting that the talking points that Rice had based her comments on was edited twelve times and that all references to the attack being a terrorist act were removed from the memo:

When it became clear last fall that the CIA’s now discredited Benghazi talking points were flawed, the White House said repeatedly the documents were put together almost entirely by the intelligence community, but White House documents reviewed by Congress suggest a different story.

ABC News has obtained 12 different versions of the talking points that show they were extensively edited as they evolved from the drafts first written entirely by the CIA to the final version distributed to Congress and to U.S. Ambassador to the U.N. Susan Rice before sheappeared on five talk shows the Sunday after that attack.

White House emails reviewed by ABC News suggest the edits were made with extensive input from the State Department.  The edits included requests from the State Department that references to the Al Qaeda-affiliated group Ansar al-Sharia be deleted as well references to CIA warnings about terrorist threats in Benghazi in the months preceding the attack.

That would appear to directly contradict what White House Press Secretary Jay Carney said about the talking points in November.

“Those talking points originated from the intelligence community.  They reflect the IC’s best assessments of what they thought had happened,” Carney told reporters at the White House press briefing on November 28, 2012.  “The White House and the State Department have made clear that the single adjustment that was made to those talking points by either of those two institutions were changing the word ‘consulate’ to ‘diplomatic facility’ because ‘consulate’ was inaccurate.”

Summaries of White House and State Department emails — some of which were first published by Stephen Hayes of the Weekly Standard — show that the State Department had extensive input into the editing of the talking points.

According to the Stephen Hayes at The Weekly Standard the changes all seemed to come at the request of the State Department:

[O]ne previously opaque aspect of the Obama administration’s efforts is becoming somewhat clearer. An email sent to Susan Rice following a key White House meeting where officials coordinated their public story lays out what happened in that meeting and offers more clues about who might have rewritten the talking points.

The CIA’s talking points, the ones that went out that Friday evening, were distributed via email to a group of top Obama administration officials. Forty-five minutes after receiving them, State Department spokeswoman Victoria Nuland expressed concerns about their contents, particularly the likelihood that members of Congress would criticize the State Department for “not paying attention to Agency warnings.” CIA officials responded with a new draft, stripped of all references to Ansar al Sharia.

In an email a short time later, Nuland wrote that the changes did not “resolve all my issues or those of my building leadership.” She did not specify whom she meant by State Department “building leadership.” Ben Rhodes, a top Obama foreign policy and national security adviser, responded to the group, explaining that Nuland had raised valid concerns and advising that the issues would be resolved at a meeting of the National Security Council’s Deputies Committee the following morning. The Deputies Committee consists of high-ranking officials at the agencies with responsibility for national security​—​including State, Defense, and the CIA​—​as well as senior White House national security staffers.

The Deputies Committee convened the next morning, Saturday the 15th. Some participants met in person, while others joined via a Secure Video Teleconference System (abbreviated SVTS and pronounced “siv-its”).

The proceedings were summarized in an email to U.N. ambassador Rice shortly after the meeting ended. The subject line read: “SVTS on Movie/Protests/violence.” The name of the sender is redacted, but whoever it was had an email address suggesting a job working for the United States at the United Nations.

According to the email, several officials in the meeting shared the concern of Nuland, who was not part of the deliberations, that the CIA’s talking points might lead to criticism that the State Department had ignored the CIA’s warning about an attack. Mike Morell, deputy director of the CIA, agreed to work with Jake Sullivan and Rhodes to edit the talking points. At the time, Sullivan was deputy chief of staff to Secretary of State Hillary Clinton and the State Department’s director of policy planning; he is now the top national security adviser to Vice President Joe Biden. Denis McDonough, then a top national security adviser to Obama and now his chief of staff, deferred on Rhodes’s behalf to Sullivan.

You can read through the revisions as they were made chronologically here. [PDF]

It’s hard to wrap one’s brain around what’s really going on here, but I must say that it’s concerning that there appears to be some effort on behalf of Victoria Nuland, the State Department representative that was involved in the drafting of the talking points, to remove from the talking points any references to al Qaeda or other groups and any reference to terrorism due at least in part to concerns that Congress would accuse the State Department of missing warnings of the attack that they may have picked up in  advance. The White House line in this whole process seems to be the revisions were all about removing from the talking points information that we weren’t sure of, and that at least is a legitimate concern. However, if that’s the case, then how they they get whittled down so much that any reference to terrorism was deleted and near sole responsibility for the attack was placed on that now infamous YouTube video? If the Administration truly didn’t know what was behind the attacks as of that Sunday, then why did Rice seem so sure in her statements that the video was the motivation for the attack? And, most importantly, why was Victoria Nuland seemingly more concerned with making the talking points to the point where Congress wouldn’t be able to use them against her department than about getting some understanding of what was believed to be the truth to the American public.

The Washington Post’s Glenn Kessler comes up with a benign theory of what was happening here:

[H]ere’s where we are. The talking points were edited more extensively than the White House initially said, and with more direct involvement by the State Department. Indeed, spokesman Jay Carney, in his statement to ABC News, carefully elided this point by claiming that “the only edits made by anyone here at the White House were stylistic and non-substantive.” Emphasis mine; that was not Carney’s original claim.

It’s clear also that worry over appearances was at least partly the reason for at least one of the State-driven edits.

At the same time, the talking points also show that the intelligence community had notconcluded at that point that the attacks were pre-meditated terror, believed that they had “evolved” from “spontaneous” protests, and that al Qa’ida extremists had merely “participated” in them. In assessing the situation, the administration (with the exception of Rice’s false implication of the video) was, in fact, largely repeating what the intelligence community believed at the time. It may well be true that the administration was too slow in subsequent days to acknowledge that the attacks were terrorism, but there’s still no clear evidence of any nefarious motive in doing so or that it wasn’t largely taking its cues from the intelligence community’s own evolving assessment.

I think it’s careful to note what the White House is saying in response to this latest report. They are emphasizing that the only change that the White House requested was a stylistic change that didn’t really impact its substance. Karl’s report over at ABC concurs with this assertion, but it also demonstrates that the State Department was far more heavily involved in the editing process than we’d previously known. The White House’s statements, though, aren’t speaking to what the State Department did and seem primarily concerned with demonstrating that there wasn’t any political (i.e., 2012 campaign related) pressure put on those drafting the talking points. Is this part of a White House decision to essentially throw the State Department, or at least the people who surrounded Hillary Clinton at the time these talking points were drafted? It’s hard to say, but it certainly looks like it could be. At the very least, the number of the extent of these edits is certain to raise some eyeballs on Capitol Hill and will likely lead to yet another round of hearings.

The conservative line on this is that all of these revisions to the talking points and what the end result was is evidence that there was some effort to cover up the truth here. I’m not sure if it’s that, or if we’re just witnessing an example of a government agency trying to shield itself from public criticism. Whichever it is, it really doesn’t look good and it’s pretty much going to guarantee that this story is going to stick around for the foreseeable future. 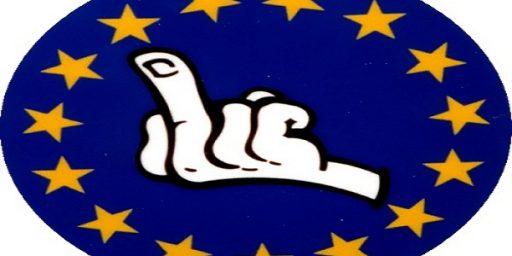