Treasury Secretary Timothy Geithner did a Full Ginsburg this morning, and on each occasion made the Administration’s position on a deal to avoid the Fiscal Cliff exceedingly clear:

Washington (CNN) - Treasury Secretary Timothy Geithner drew a line in the sand over taxes in defense of the Obama administration’s controversial proposal to avoid the fiscal cliff.

In an interview with CNN’s Candy Crowley on “State of the Union,”Geithner insisted that any compromise on the plan he presented to congressional Republicans on Thursday, which includes $1.6 trillion dollars in tax revenue, cuts to Medicare, and another $50 billion in stimulus spending, must contain an expiration of the Bush tax cuts for income over $250,000.

There’s not going to be an agreement without rates going up,” Geithner said in the interview, which aired Sunday. “If they are going to force higher rates on virtually all Americans because they’re unwilling to let tax rates go up on 2 percent of Americans, then, I mean that’s the choice they’re going to have to make.

While he maintains the administration will refuse any deal without the tax hikes, Geithner was optimistic about the negotiations, showing room for compromise as well.

“It’s a very good plan and we think it’s a good basis for these conversations,” he said. “What we did is put forward a very comprehensive, very carefully designed mix of savings and tax rates to help us put us back on a path to stabilizing our debt, fixing our debt and living within our means.”

In his interview with Fox’s Chris Wallace, Geithner stopped short of saying that any tax rate increases had to exactly match the Administration’s position, which leaves open the possibility of compromise on either the income level at which the new rates would kick in, what the new rate would be, or possibly both. In order for that to happen, though, the GOP is going to have to move on the tax issue at least enough to get to a majority in the House of Representatives. Barring that, and assuming that the Administration isn’t bluffing, we may be headed over the Fiscal Cliff after all. 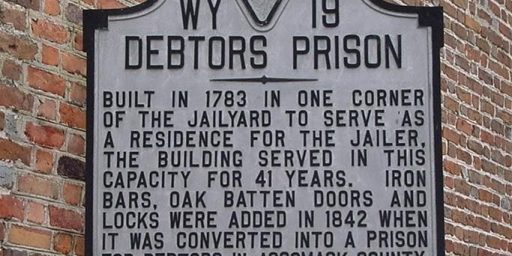