Herman Cain’s Supporters Are Not Helping Him 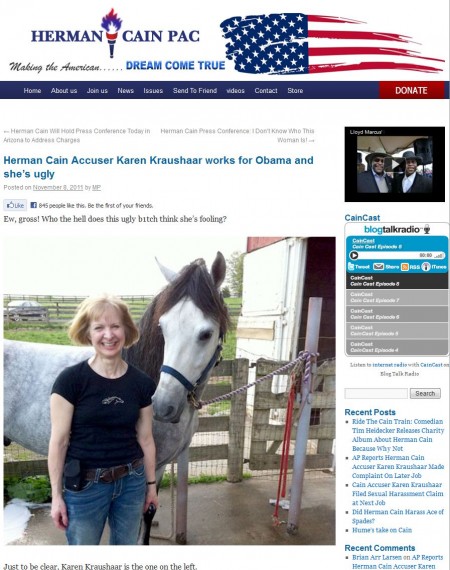 From a group calling itself Herman Cain PAC.