Hillary Clinton Running Away with the Race

[I]n the invisible primary, when the contest is as much a draft as it is a campaign, Clinton is “opposed” by essentially every Democrat fit for the presidency. If the party’s powerbrokers didn’t want to support Clinton and instead really wanted Sen. Michael Bennet to run, or Gov. Andrew Cuomo to lead the field, they would be working toward that outcome. Instead, they’re lining up behind Clinton. In this telling, Clinton isn’t winning by default. She’s winning by winning. The absence of competition is the product of Clinton’s strong, successful campaign to win over Democratic Party elites.

After showing polling data demonstrating that Clinton is not only by far the most well-known potential candidate in either party but also the one with the highest net favorables, Klein continues,

This is the context for Hillary’s dominance on the Democratic side: she’s in a much stronger position not just than any Democrat going into 2016, but also than any Republican. These are early polls and the numbers can and will change, but look where Clinton is compared to Jeb Bush or Scott Walker. That’s a big deal to Democrats, and a big reason they’re supporting her rather than looking for an alternative.

[T]he Democratic Party has a bench. It’s just that Clinton is running so strongly in the invisible primary that no one on it thinks it’s worth getting in the game.

This is right as far as it goes. Why it should be, though, is beyond me.

Clinton should have been in a more dominant position in 2008, yet several big name candidates made an actual run for the nomination. Barack Obama, the junior Senator from Illinois, of course narrowly edged her out. But John Edwards, the 2004 vice presidential nominee, was also in the race. So was perennial candidate Joe Biden. Bill Richardson, the New Mexico governor and former UN ambassador and Energy Secretary ran. So did veteran Senator Chris Dodd. And, yes, Dennis Kucinich and even Mike Gravel ran. Not just in the invisible primary. They actually mounted real campaigns, including participating in the debates.  Granted, all but Obama pulled out of the race by the end of January. But they at least made a go of it.

This year, ten months out from the Iowa Caucuses. Here’s the list of candidates in the race:

The only other known candidates even in an exploratory phase are former Maryland Governor Martin O’Malley and former Virginia Senator Jim Webb.

Why isn’t Biden running again? He clearly wants the job and his profile has certainly been raised by six years as Vice President. He’s 72 years old. It’s not as if he’ll be more viable in 2020. 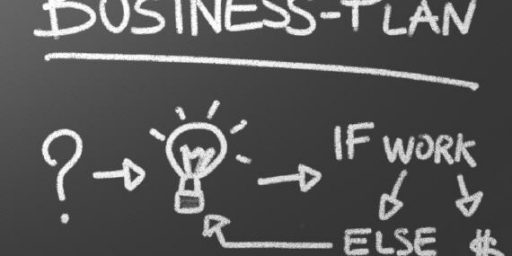