Hillary Clinton’s Risky Bid To Distance Herself From President Obama

Hillary Clinton has started to distance herself from President Obama on some issues. It's an understandable strategy, but it carries many risks. 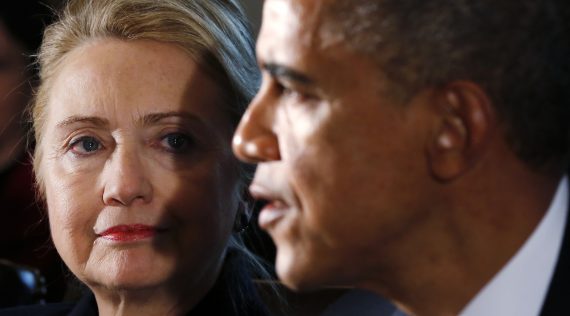 \As James Joyner noted this morning, Hillary Clinton has come out against the Trans-Pacific Partnership notwithstanding the fact that he helped in the early negotiations that lead to it when she was Secretary of State. As The Washington Post noted in a piece that was published before Clinton spoke out about TPP, though, this is just one example of how Clinton is beginning to distance herself from Obama:

In the run-up to the first Democratic presidential debate, embattled front-runner Hillary Rodham Clinton is attempting to set herself apart by criticizing one Democrat in particular: President Obama.

With direct comparisons and implicit criticism, Clinton is increasingly using the Obama White House — and the popular occupant who isn’t running — to say what she would do differently in a Clinton White House.

Much of her new criticism of Obama on issues such as immigration and the Keystone XL pipeline is a way to appeal to progressive voters disappointed by some administration positions. The critiques also allow her to draw distinctions with Vice President Biden, a potential late-entering challenger for the Democratic nomination.

The positioning marks a notable shift for Clinton, who has spent much of her campaign embracing Obama’s broader agenda in hopes of harnessing the coalition of young and minority voters who helped propel him to two terms in the White House.

In a Telemundo interview aired this week, for example, Clinton was blunt in saying that Obama’s gambit to go hard on deportations and immigration enforcement early in his tenure had failed to persuade Republicans to agree to wider reforms.

“I’m not going to be breaking up families,” Clinton said in the interview, which aired in segments Sunday and Monday. “. . . I totally understand why the Obama administration felt as though they did what they did under the circumstances. But I think we’ve learned that the Republicans, at least the current crop, are just not acting in good faith.”

Clinton has said in recent days that she would take executive action that Obama has not taken on gun control, and has implied that the president should have done more to prevent congressional Republicans from forming a special committee to investigate the 2012 attacks in Benghazi, Libya.

Putting distance between herself and the president she used to serve as the nation’s top diplomat has risks, particularly among voters who helped elect Obama and still support him. But Clinton is seeking to chart her own policy agenda — more liberal on many fronts and more hawkish on others — and reassert control of the primary race.

She has said she will not attack close competitor Sen. Bernie Sanders (I-Vt.) but is looking forward to Tuesday’s debate to make her case. Clinton has also said that Biden, grieving the death of his son this year, should be given time to make a decision about running. Any overt criticism of the vice president at this point could appear unseemly, but the Clinton campaign has stressed her head start in fundraising and the race for Democratic delegates behind the scenes.

On the stump, Clinton regularly praises Obama for “getting us out of this ditch” of the Great Recession and beginning to grow jobs. She tells audiences Obama does not get enough credit for that task but often leaves mention of the president at that.

On paper, she agrees with the vast bulk of Obama’s record, with Syria as a major exception. She was on the losing side of an administration debate over arming and training moderate rebels fighting Syrian President Bashar al-Assad.

Over the past month, Clinton has recommended that the United States take in 65,000 Syrian refugees — more than six times the current allotment — and has said the rebel training program Obama began after she left office has failed.

In many respects, of course, Clinton’s desire to distance herself from the man who has led the Democratic Party for the past eight years, and who defeated her in a bitterly and closely fought nomination fight, is entirely understandable and not entirely different from what we’ve seen from other politicians in similar situations in the past. In 1988, for example, then Vice President George H.W. Bush played a careful game of bidding to succeed the oversized shadow of President Reagan while at the same time trying to make the case that he would be a President in his own right and not just four more years of the sitting President. Al Gore faced a similar dilemma in 2000, and many have suggested that his decision to keep President Clinton at a distance during the campaign played a large in his failure to win one of the closest elections in American history. In both cases, we were dealing with Vice-Presidents who were running to succeed a popular two-term President, and in each case the personal preferences of the candidates, and arguably the politics of the time, shaped how the candidates dealt with the men they were running to succeed.

Clinton faces issues similar to Bush and Gore in her bid to become President in 2016. President Obama remains an relatively popular President, especially inside the Democratic Party, and while he’s not likely to endorse a candidate during the primary regardless of whether or not Vice-President Biden enters the race, he could be a strong campaigner for the Democratic nominee, especially in African-American area. At the same time, outside of the Democratic Party President Obama’s approval ratings remain low among both Independents and, of course, Republicans. Additionally, many of the progressive Democrats who are rallying around Bernie Sanders aren’t necessarily looking for a continuing of the Obama Administration since they believe that President Obama has been too quick to abandon policy goals in once said he favored in the name of political expediency. This is why you see Clinton distancing herself from Obama on issues like the Keystone XL Pipeline and the TPP, because these are issues where the progressive wing of the party feels that Obama has, at the very least, let them down.

There are risks for Clinton in the distancing she’s currently doing, of course. The further she acts the mollify the left in the Democratic Party, the more she’s trouble she’s going to have moving to the center for the General Election assuming she wins the election. Additionally, the perception that Clinton is distancing herself from the President could hurt her among African-American voters. These voters obviously aren’t going to vote Republican in large numbers, but there have already been questions about how much Democrats will be able to rely on the huge turnout in African-American communities without President Obama on the ticket. If Clinton is seeing as distancing herself from a President who is immensely popular in that community, it could make those voters less enthusiastic about her campaign and less likely to turn out to vote. Lower African-American turnout could have a huge impact on the outcome in many swing states, including Virginia, Ohio, and Florida. Additionally, Clinton’s efforts to distance herself from the Administration could take an interesting turn if Vice-President Biden enters the race. Whatever Biden’s decision is, though, Clinton will have a tightrope to walk between running to succeed Barack Obama and running to replace him an be President in her own right. 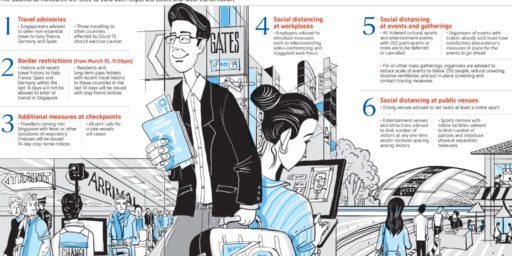