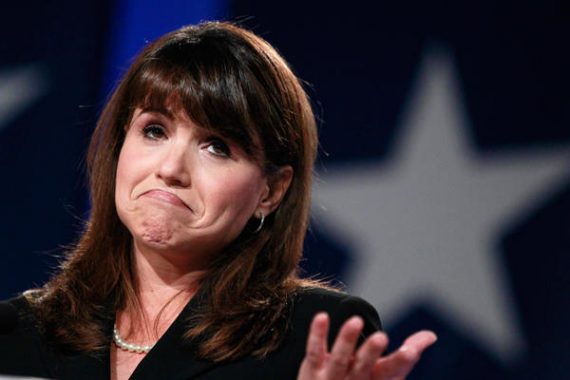 Over at FrumForum, Noah Kristula-Green writes about a little talked about consequence of Christine O’Donnnell’s divisive, and massively defeated, Senate for the statewide Republican Party:

O’Donnell had a consistently negative effect on the close down-ticket races in Delaware. Republican Party officials in the state who spoke to FrumForum on and off the record expressed great frustration with the damage she caused. O’Donnell did this in several different ways. She cost the GOP several candidates in the Delaware State House, giving the Democrats a super-majority. She hurt the campaign for the Republican nominee for State Treasurer. She boosted a Democratic party which has been growing stronger in the state, and solidified in the minds of many voters the view that the Republican party was an atavistic and unserious party, which the mainstream had rejected. In a year when Republicans had a wave to take advantage of and the opportunity to grow across the entire country, O’Donnell failed her party and brought it down.

The details are pretty, pretty grim:

The election results show several close Delaware State House races where Democrats won by incredibly small margins. Not only were the percentages that separated these races very small, they were also small in absolute terms. The closeness of these races speaks to the success of the Democrats’ get out the vote efforts, which were driven largely by motivating voters against O’Donnell.

Many of the candidates who were recruited to run in this cycle did so with the expectation that Mike Castle would be on the top of the ticket. Not only did the Republicans have a weak candidate on the top of the ticket, Democrats (and independents) were given more motivation to vote against O’Donnell and the entire GOP ticket. Neither Chris Coons nor any of the other Democrats on the ticket were considered exceptionally inspiring among the Democrats. One Republican told FrumForum: “There really was no motivation for Democrats to vote in this election until the O’Donnell thing happened.”

In a year when Republicans made gains in state legislatures across the country, the Republican caucus in Delaware’s State House got smaller, going from 17 Republicans to 15. This has given the Democrats a super-majority in the State House. They can now write revenue related bills without the Republicans if they choose.

Delaware is a Blue State and it’s likely to be one for a long time, but there was a time when it did produce Republicans who were capable of winning statewide. Not just Mike Castle, but guys like William Roth and Pete duPont. Thanks to the damage that the party suffered in 2010, it’s going to be a long time before Delaware produces a candidate like that again.

The point here isn’t to kick Christine O’Donnell yet again, but to point out that there are consequences to nominating a candidate who has no realistic chance of winning a General Election. Not only do you lose the race itself, but you hurt your party in down ticket races.