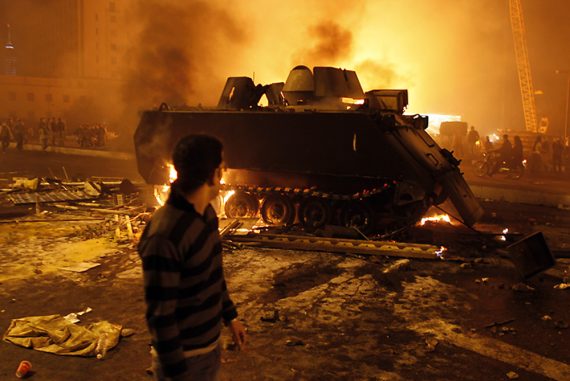 Human Rights Watch is saying that the death toll in the Egyptian uprisings is far higher than we first thought:

At least 297 people were killed in the unrest in Egypt in the last two weeks, Human Rights Watch (HRW) says.

“It was the police’s excessive use of force and illegal tactics that caused the vast majority of these deaths,” HRW researcher Heba Morayef told the BBC World Service.

“The majority of deaths occurred on Friday 28th and Saturday 29th, and the primary cause was live gunfire,” Ms Morayef added.

Ms Morayef told the BBC that other protesters “were killed because of the use of teargas at close range and officers firing it into the crowd as opposed to into the air”.

That tear gas, of course, is made in the USA.