While the world watches Ukraine, Central Asia could also be an area where Russia may seek to expand its territory. 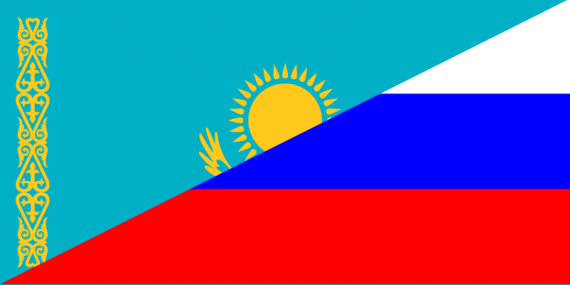 In the wake of Russia’s annexation of the Crimean Peninsula after a referendum that nobody sees as legitimate and the ongoing problems that Ukraine is having with pro-Russian separatists in the eastern part of the country, there has been much speculation about where Russian territorial ambitions might lie next. If Russia is successful in Ukraine, some analysts and Eastern European politicians fear, then it could set its sights next on areas such as the Transninstria, an area along the eastern Ukrainian-Molvodan, border. There have also been “threats” made by Russian nationalists regarding parts of Estonia and Finland, although its worth noting that the people who made those comments had no ties to the Putin government. These concerns have led the Eastern European members of NATO to seek reassurances form the alliance, and have promoted renewed speculation about Finland and Sweden joining NATO.

An interesting article at Al-Jazeera, however, notes that the next ethnic hotspot on Russia’s borders could be far from Eastern Europe:

PETROPAVLOVSK, Kazakhstan — In the recent takeover of Crimea, enthusiastic Russians revived a historical nickname for President Vladimir Putin: “The Gatherer of Russian Lands,” a reference to Czar Ivan the Great, who dramatically increased the size of the empire in the 15th century. Russia’s recent expansionism, albeit much more modest, has occasioned pride among Russians and fear among its neighbors, as both wonder what territory might next be “gathered.”

Northern Kazakhstan would seem to be a prime candidate. Next to Ukraine, Kazakhstan has the largest number of ethnic Russians outside Russia, about 4 million. Kazakhstan’s ethnic Russians live next to the border and are subjects of a government that is trying to promote Kazakh identity.

It’s a parallel not lost on Moscow: In February, politician Vladimir Zhirinovsky, who was born in Kazakhstan, said the country should join Russia as a “Central Asian Federal Region.” And a number of pro-Kremlin analysts have drawn analogies comparing Kazakhstan to Ukraine. “Northern Kazakhstan, which is primarily populated by Russians, could suffer the same fate of the southeast of Ukraine,” said Valery Tishkov, director of a Moscow think tank and a former Russian nationalities minister. “We’ve already seen the emergence of a Kazakh ethnic nationalism.”

But people in Petropavlovsk, the capital of Kazakhstan’s most heavily Russian province, say they are far from becoming the next Crimea. There is a broad consensus among the city’s Russians (an estimated 70 percent of the population) that the land historically belongs to Kazakhs, and they praise the country’s current leadership for its efforts to maintain Russians’ rights there.

Petropavlovsk’s origins were humble. Founded in the 18th century as part of a string of forts across southern Siberia, the city was originally intended both to defend the newly conquered Russian territory and to facilitate trade with the local Kazakhs and other Central Asians. That gives it a very different place in the Russian imagination than Crimea. The site of Russian military heroism from the Crimean War to World War II, Crimea was given to Ukraine only in 1954, as a “gift” when the borders between Soviet republics were mere bureaucratic boundaries.

“How many times in history has Crimea changed hands?” asks Galina Kuzmina, the press secretary for Russian Community, a government-affiliated association promoting the interests of Russians in Petropavlovsk. “Petropavlovsk has always been Kazakhstan. You can’t compare the two situations.

The article goes on to note that, at least for now, the relationship between Russia and Kazakhstan is extraordinarily good and the northern region where the majority of ethnic Russians reside has long been recognized as Kazakh territory, even in the Russian Imperial and Soviet eras. Additionally, it’s worth noting that there are important bilateral relationships between the two nations that make the kind of flare-up we’ve seen between Russia and Ukraine unlikely. Even more than 20 years after the collapse of the Soviet Union, Russia’s space flights continued to be launched from the Baikonur Cosmodrome, which is located in southeastern Kazakhstan. The vast Kazakh desert also serves as a recovery area for returning cosmonauts and astronauts. Kazakhstan is also a conduit for trade with China, which is likely to become a more important part of the Russian economy if sanctions from the west continue to be increased. For the moment at least, then, there is no reason for the Kazakh’s to stick a thumb in Russia’s eye, no reason for Russia to stir up trouble in their southern neighbor, and many reasons for the two nations to maintain peaceful relations.

That being said, the crisis in Ukraine has raised some eyebrows:

The events in Ukraine have thrown this delicate balancing act into question. Kazakhstan’s initial diplomatic response to the annexation of Crimea was cautious to the point of incoherence. In a telephone call with German Chancellor Angela Merkel, Nazarbayev stressed the importance of Ukraine’s “territorial integrity,” while in a phone call with Russian President Vladimir Putin the same day, he said he “understands Russia’s stance on protection of the rights of national minorities in Ukraine and its security interests.”

Soon after Russia annexed Crimea, the Kazakh government announced that it intended to introduce laws punishing “illegal and unconstitutional calls for changes to the territorial integrity of the Republic of Kazakhstan” by up to 10 years in prison. And it promised to make it easier for ethnic Kazakhs from outside Kazakhstan to gain citizenship.

“The situation in Ukraine clearly rattled a lot of people here,” said one Western diplomat in Astana, speaking on condition of anonymity. (The Kazakhstan Ministry of Foreign Affairs declined to comment for this article.)

There is a broad consensus that as long as Nazarbayev is in charge, he has built up enough trust with Moscow and Kazakhstan’s ethnic Russians to withstand a crisis. But he is 73 years old, and what happens when he is replaced is unclear. While some in Astana believe he has nurtured deep roots for his moderate policy, others worry that in an uncertain succession, nationalists could come to power. That, in turn, would badly frighten both Moscow and Kazakhstan’s ethnic Russians.

“One can easily imagine a future hysteria around ‘a Russian genocide,’ now in Kazakhstan, when instead of the ‘Benderovtsy’ the bogeymen are ‘basmachi,'” wrote one Russian analyst, Mikhail Kalishevskiy, on the Moscow-based website Fergana News. (“Benderovtsy” were Ukrainian nationalist partisans who fought Soviet rule in World War II and after; Kremlin rhetoric has relied heavily on the alleged threat of their return in today’s Ukraine. “Basmachi” were Central Asian rebels who resisted the imposition of Soviet rule in the 1920s.)

“As long as [Nazarbayev] is president, there won’t be any big problems,” Zakharov said. “But if, God forbid, something happens to him, there is no guarantee. There will be trouble, I’m sure of it.”

There’s one other factor to consider. Russian territorial ambitions in the Caucuses are unlikely to garner the same response as actions in Eastern Europe would. The Soviet invasion of Georgia in 2008 stands as fairly good evidence for that assertion. So, if Vladimir Putin really does have ambitions to “gather” the “Russian lands” like some kind of  modern day Ivan The Great, then, he’d likely have a better time of it if he cast his eyes at Kazakhstan, Georgia, Azerbaijan, and other former Soviet Republics that, for the most part, would be on their own if put under pressure from Moscow.