It Just Keeps Getting Worse for Don Jr.

Inching towards evidence of at least attempted collusion? 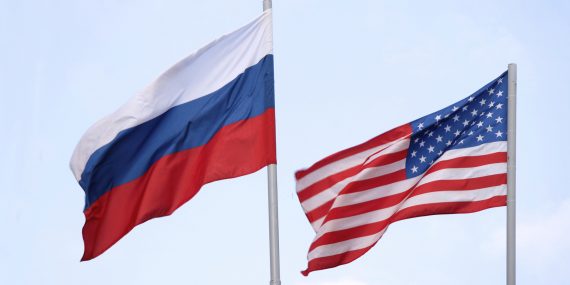 Via the NYT:  Trump Jr. Was Told in Email of Russian Effort to Aid Campaign

Before arranging a meeting with a Kremlin-connected Russian lawyer he believed would offer him compromising information about Hillary Clinton, Donald Trump Jr. was informed in an email that the material was part of a Russian government effort to aid his father’s candidacy, according to three people with knowledge of the email.

The email to the younger Mr. Trump was sent by Rob Goldstone, a publicist and former British tabloid reporter who helped broker the June 2016 meeting. In a statement on Sunday, Mr. Trump acknowledged that he was interested in receiving damaging information about Mrs. Clinton, but gave no indication that he thought the lawyer might have been a Kremlin proxy.

Mr. Goldstone’s message, as described to The New York Times by the three people, indicates that the Russian government was the source of the potentially damaging information. It does not elaborate on the wider effort by Moscow to help the Trump campaign. There is no evidence to suggest that the promised damaging information was related to Russian government computer hacking that led to the release of thousands of Democratic National Committee emails.

Clearly, we are still in process.  Defenders will state that this is anonymously sourced, although regular consumers of news will note that the Times is going with three sources, not just two.  Those who have followed this story since it broke on Saturday will likely not be surprised at new revelations given that Trump Jr.’s story evolved from one day to the next as new information was reported on.  Indeed, Don’s defense seems to amount to some version of since the contact had no dirt on Clinton, no harm, no foul. 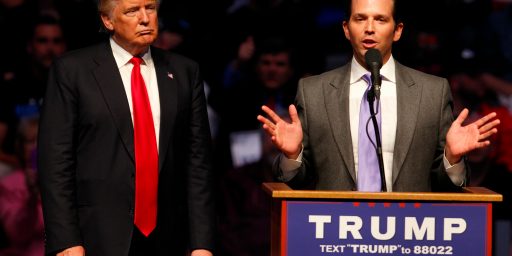