Jeff Flake Rules Out Primary Challenge Against Trump In 2020

Jeff Flake says he won't be running against President Trump in 2020, but there may be others. 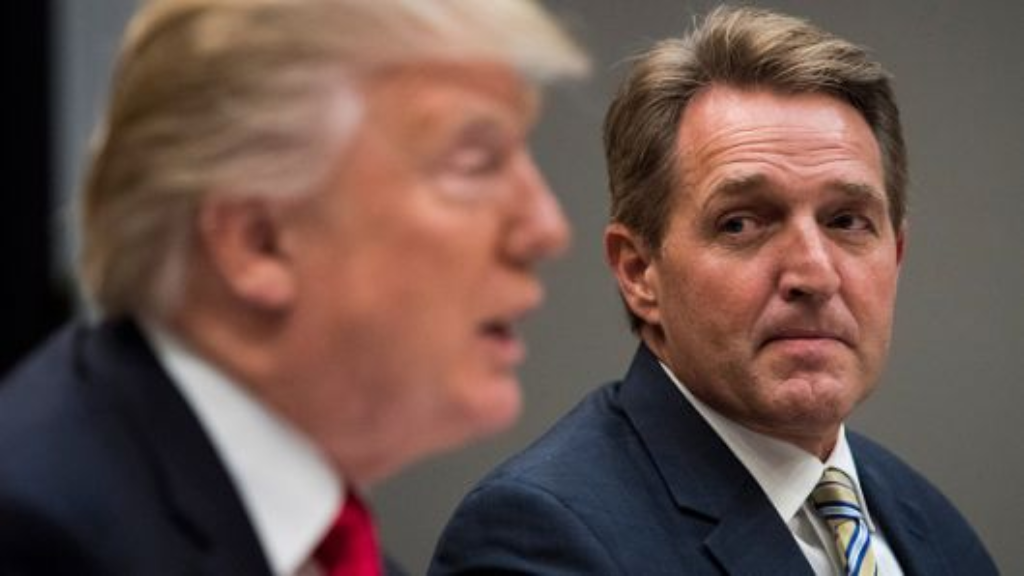 Former Sen. Jeff Flake won’t challenge President Donald Trump in 2020, he announced Tuesday, putting to rest months of speculation about what’s next for one of the GOP’s most prominent Trump critics.

“I have always said that I do hope that there is a Republican who challenges the president in the primary,” he said in an interview on “CBS This Morning.” “I still hope that somebody does, but that somebody won’t be me. I will not be a candidate.”

The Arizona Republican had fueled murmurs that he would take on the president either with primary challenge or as an independent after declining to run for reelection in 2018 amid fears he would lose to a more Trump-friendly primary challenger.

Flake has became known for his frequent criticisms of the president, In the Senate, he lamented the lack of civility in politics and broke with his party by holding up priorities in order to squeeze out concessions on issues important to him.

But he said Tuesday that the path to beating Trump in a primary was much too difficult.

“There really isn’t a path right now that I could see,” he said, noting that the Republican National Committee and the president’s reelection campaign had taken steps to solidify Trump’s standing atop the party. Last weekend, the RNC passed a resolution declaring “undivided support” and the Trump campaign has begun vetting potential delegates to minimize the possibility of defectors at the party’s nominating convention.

“The RNC and the president’s campaign are now melded,” Flake said Tuesday. “They’re trying to do everything they can to squelch any opposition.”

But, he added, “I still hope that some — and some are still talking about it — do run. I think that that’s healthy. And I’m not a fan of this president. But that won’t be me.”

Flake is largely correct in his assessment of the odds against any candidate who might attempt an intra-party challenge to an incumbent. As I noted in a recent post, there hasn’t been a successful challenge to an incumbent President in the modern primary era, and it’s unlikely that there will be one in 2020 absent extraordinary circumstances. This is especially true given the fact that the entire Republican Party machine, from the Republican National Committee on down, has committed itself to re-electing the President. Even while his job approval numbers among voters as a whole continue to be at historic lows, they are at historic highs among Republicans. Absent something truly extraordinary, this is likely to remain the case heading into 2020 no matter what happens nationally or with the Russia investigation. Given that, a challenge to the President inside the Republican Party is quixotic at best and given the lessons of history the best that such a challenge would accomplish would be to weaken an incumbent sufficiently that they end up losing in the General Election. In Trump’s case, of course, that wouldn’t necessarily be a bad thing.

Instead of running for office again, Flake has apparently decided to sign on as a political contributor to CBS News, meaning that we’re likely to see him showing up on the CBS morning show as well as Face The Nation on a regular basis. While some former politicians use such positions as a way to stay in the news pending some future run for office, one does not get the impression that this is what Flake is aiming for. Whatever the case, though, this may not be the end of the road for potential 2020 GOP challengers against Trump. As I noted last week, Maryland Governor Larry Hogan has been mentioned as a potential challenger and, of course, former Ohio Governor John Kasich is making no secret of the fact that he’s considering a run against the President. Should either or both of these men get into the race, they’d likely be no more successful than Flake would have been but they could make things interesting for the President. 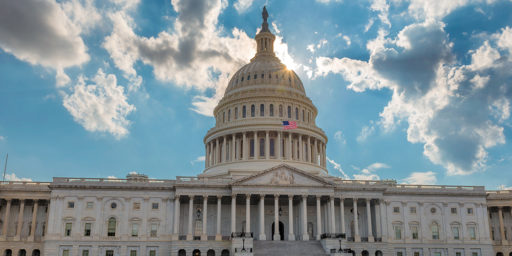