My first piece for CNN has been posted at Fareed Zakaria's Global Public Square. 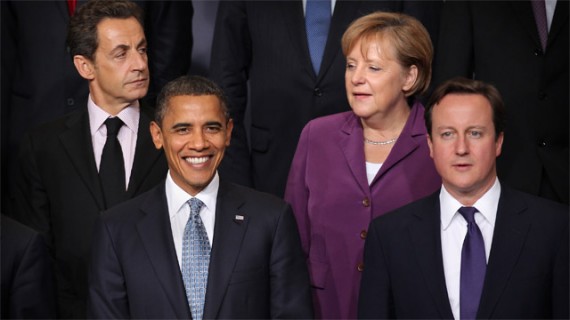 My first piece for CNN, “Libya Exposes Transatlantic Contradictions,” has been posted at Fareed Zakaria’s Global Public Square. It’s reposted below in its entirety.

As the Libya crisis has unfolded these last several months, some long-festering contradictions have come to light.

First, for a variety of reasons, many of us opposed American intervention in the conflict. As horrible as the potential humanitarian crisis in Benghazi could have been, preventing it did not strike us as a vital national interest worthy of going to war. Further, we had and continue to hold doubts about whether the end state — which the United States would have great responsibility for given our role in bringing it about — would be the stable, pro-Western democracy for which we would hope. Also, given fatigue from ten years of constant war fighting and the strains of the global recession, it’s clear there is little appetite for post-conflict reconstruction.

At the same time, however, once President Obama committed the United States to war and declared the ouster of Moammar Gadhafi as the only acceptable end game, it was very frustrating to simultaneously rule out a lead role in the mission.

The late-night comedian Jon Stewart’s quip that “the U.S. handing Libya over to NATO is like Beyoncé saying she’s ceding control to Sasha Fierce” constantly came to mind as the fight dragged on. Yes, Gadhafi was ultimately ousted — after six months — with a European face on the fight. But it came at the cost of undermining our partners’ confidence in American leadership as well as rendering hypocritical our complaints about European “caveats” in Afghanistan.

Second, the fight has both reaffirmed my belief that NATO is an absolutely vital vehicle for transatlantic cooperation and underscored my fear that it is structurally unsound. Headline writers to the contrary, the toppling of the Gadhafi regime is an unqualified success for the Alliance. Who else could have, in short order, coordinated a complex operation with American, Canadian, European and Arab states? Certainly, not the European Union. Nor was the French offer to simply lead in an ad hoc fashion acceptable to Qatar, the United Arab Emirates and others. Years of working and training together under a stable institutional framework had created vital trust.

At the same time, however, the lack of investment in defense infrastructure that so many of us have been warning about for years — and that Bob Gates so eloquently outlined in his parting shots as U.S. defense secretary — was laid bare in the skies over Libya.

Despite the Europeans having far more at stake in their own backyard than the Americans — and France and the United Kingdom spearheading the intervention — the fact of the matter was that the operation would simply not have been possible without the United States. Not only did the Americans do most of the heavy lifting in the early days but, even after the ostensible handover, we supplied almost all of the aerial refueling, ISR (intelligence, surveillance, and reconnaissance), and SEAD (suppression of enemy air defenses). And some European militaries infamously ran out of fuel and bullets and had to pass the proverbial hat around to stay in the fight.

Third, there is a serious disconnect between the will to intervene and the ability to do so. The Germans are rightly taking blistering criticism from not only their NATO partners but many of their own elder statesmen, most recently former Chancellor Helmut Kohl. But at least their reluctance to invest in their own defense is matched with reluctance to project power. Lamentable as the German pullback from the steady leadership position they’ve held the last quarter century may be, it is consistent with the will of the German people. In a democratic republic, that’s perhaps as it should be — although Kohl might argue that strong leadership could change public sentiment.

In the UK and France, by contrast, the combination of war weariness and the ravages of the economic crisis have forced austerity. Two countries who stood astride the world for centuries — frequently in direct competition with one another — by virtue of their ability to project military power are now reduced to sharing a single aircraft carrier. With massive unemployment and the demands of large welfare states, the political will to spend on defense just doesn’t exist. Yet, this has not thus far been met with a decreased appetite to project power.

The United States, meanwhile, is in a strange netherworld in between. Austerity is coming at the Pentagon, too, with Defense Secretary Leon Panetta expected to find tens of billions in savings. But, with a defense budget larger than that of the other twenty-six allies and its likely military competitors combined, the pain will be felt mostly in lost jobs rather than diminished capability. Yet, as Libya demonstrated, the United States is no longer interested in carrying the burden.

At the Lisbon Summit last November, the Alliance put out a new Strategic Concept that paid lip service to a bold, ambitious future. At the time, many of us praised the words but noted that they would have to be followed by deeds. Ironically, the victory in Libya has demonstrated the hollowness of the words.

When they meet in Chicago next May, it will be time to re-align NATO’s strategic ambitions with its capabilities and will.