More on the Evolution of US Party Politics

The US party system has gone through a significant evolution that started over a quarter-century ago (the 1994 mid-terms being the key date, although it is not just about that election) that was pretty well complete by ~2010.

The key result of that evolution has been the sorting of the parties into more purely “liberal” and “conservative” parties. I use the scare quotes because the terms themselves are complicated and contested. But it is safe to say the following, prior to 1994 the two parties were not anywhere near as neatly sorted ideologically as they were starting in 1995, and especially by ~2010.

While we have long had the general perception of the Democrats as the liberal/left party and the Republicans as the conservative/right party there was a time wherein the concept of a “conservative Democrat” meant more than a simplistic description of Joe Manchin and the term “liberal Republican” would have represented a real, not hypothetical, thing.

It is worth noting that while we have seen some very significant and measurable shifts in partisan voting that those shifts have remain contained in the two parties that have dominated US electoral politics since the mid-19th Century. It did not result in new party formation. We have kept the contours of the party system even as the parties themselves have been reshaped. Of course, I think that that is largely a result of our system of nomination (and other institutional factors that I frequently discuss).

A major part of this shift is about the political behavior of parties in the south (defined in this post as the 11 CSA states).

I would argue that the politics of the Civil War and the Reconstruction period forestalled the sorting of the parties into well-defined ideological groupings. Indeed, it delayed that sorting for roughly a century. This was the result of one region of the country, the former Confederate South, functioning as essentially a one-party enclave. This distorted overall national party politics as a result.

So, what is the point of this post? Partially this is just about amassing some basic data (I did so, at least in part, to confirm my own general recollection/understanding of these patterns). It also points to the fact that understanding party behavior and evolution is not a simplistic Manichean exercise (as anyone who has witnessed the Kevin Kruse-Dinesh D’Souza Twitter dialogs can attest)

Below are further data to bolster this point. I have looked at the former states of the Confederacy (Alabama, Arkansas, Florida, Georgia, Louisiana, Mississippi, North Carolina, South Carolina, Tennessee, Texas, and Virginia) to note some very clear historical patterns as they pertain to party competition.

There are a lot of takeaways here, but let me note two. First, it is really rather remarkable to see how the politics of the Civil War and Reconstruction shaped national party politics for over a century after formal hostilities stopped. Second, voter behavior at the national and state level was less connected until fairly recently.

I have assembled basic historical data from these 11 states looking at overall patterns at the state level (governorships and partisan control of state legislatures) and at the national level (US Senate and the presidency).

Note the date 1872 (and thereabouts) in the tables and further note that Reconstruction came to an end in 1877 due to the Compromise of 1877. These dates have actually been in the news lately, as Senator Ted Cruz of Texas wanted to use the dispute over the 1876 election as a template for a commission to look at 2020’s vote. Of course, the 1876 election was marred by political violence in the south against Blacks in particular. The Compromise of 1877 led to the re-assertion of the power of the white supremacist wing of the Democratic Party and to Republicans being anathema in the region for a long time to come.

The rest of this post is mostly just the presentation of the relevant descriptive data. From the state/local level there are data on governors and control of state legislatures. From there I have info on US Senators and presidential elections.

The regional dominance of the Democratic Party is well illustrated by the following table. Trifecta means control of the governorship and both chambers of the legislature.

First, even though there are some stragglers into the later 1800s, there is a striking consistency as to when it became impossible for a Republican to be elected to the statewide executive.

On balance, most states had Democratic governors for almost a century.

Tennessee has the 1911 election as an outlier, but it then reverted back to the Democratic fold not long thereafter, with only Dems in the governor’s mansion from 1923-1971.

It took all 11 former CSA states until the 2000s to win the governing trifecta.

This is just an illustration of how deeply the politics of the post-Civil War profoundly effected the US party system.

I would underscore that these shifts are the latest of the three areas under discussion here.

If we shift the national offices, we can look to the election of US Senators (keeping in mind that US Senators were selected by legislatures until 1914).

The cracks in the solid Democratic South start in the 1960s (we saw above that a couple of southern states elected Republican governors in the late 60s).

Texas elects its first GOP Senator in John Tower via special election in 1961 to replace LBJ, who had been elected Vice President.

The majority of the former CSA states had at least one GOP Senator by the late 1970s, which tracks with the advent of Republican governors. But the penetration of these party identities down to the district level took well into the 2000s.

From 1952 until 1972 the region was more a mixed bag, and then it becomes pretty solidly Republican-leaning for president.

The presidency is where the first ability of southerners to vote Republican starts. While there is the case of TN voting for Harding in 1920, the former CSA states were solidly Dem form 1884 to 1924 and from 1932-1948.

This post fits into themes from the following previous posts:

Sources: Ballotpedia, Wikipedia (which is actually pretty good for this kind of thing), and Dave Leip’s Atlas of Presidential Elections. 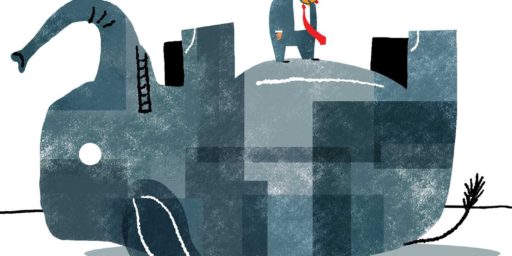 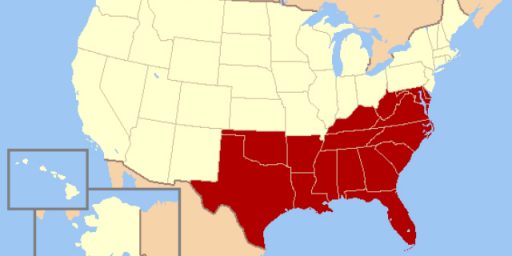 In The Wake Of Midterm Losses, Some On The Left Say Democrats Should Write Off The South