Donald Trump is not Adolf Hitler. But that's not the standard. 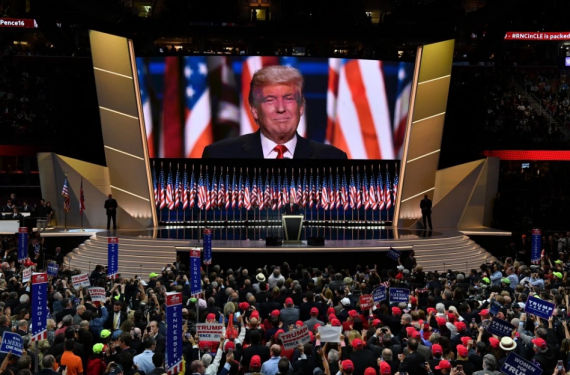 My latest for The National Interest, “Normalizing Hysteria,” has posted. The crux of the argument:

Critics of Donald Trump, of which I have long been one, have spent the past sixteen months arguing that he is manifestly unprepared by experience and unsuited by temperament to be President of the United States. The Republican national security establishment, in particular, has been at the forefront of the #NeverTrump movement. Now that he is president-elect, however, I think that constant comparisons of Trump to history’s worst monsters are bound to boomerang. The opponents of Trump say they want to avoid “normalizing” him. In fact their hysterical comparisons accomplish what they profess to want to avoid.

A New York Times feature noting how badly the Newspaper of Record misdiagnosed the rise of Hitler back in 1922 is again making the rounds.  The lede: “Several reliable, well-informed sources confirmed the idea that Hitler’s anti-Semitism was not so genuine or violent as it sounded, and that he was merely using anti-Semitic propaganda as a bait to catch masses of followers and keep them aroused, enthusiastic, and in line for the time when his organization is perfected and sufficiently powerful to be employed effectively for political purposes.”

Yet, given that Trump passed for decades on the Manhattan cocktail circuit as a social liberal, it’s quite possible that the vociferous nativism of Trump’s campaign was for show. More importantly, however, the problem with comparing people to Hitler is that, well, nobody else is Hitler. Compared to death camps that slaughter millions, anything that Trump might propose will seem reasonable by comparison. But, surely, Hitler isn’t the left limit of American democracy? (Of course, as Holocaust historian Gavriel Rosenfeld has noted, Hitler himself has been normalized as fodder for humorous Internet memes.)

On a similar note, Esquire‘s Charles Pierce, who has called on the Electoral College to stage a coup and elect Hillary Clinton president despite the election outcome, declared on his Twitter feed, “The hiring of Steve Bannon as a WH policy adviser is exactly the same as hiring David Duke.” He adds the obligatory, “Please don’t normalize this.”

The problem with this is that Duke is the very symbol of racism in modern America. He has been a leader of Ku Klux Klan and other white supremacist groups going back nearly five decades. While he long ago denounced the violence of the Klan and eschewed hoods and bedsheets for suits and ties, he’s remained at the forefront of white nationalist and neo-Nazi movements. Bannon, by contrast, has run a website that gives free reign to white nationalists and hosted a talk show that gives a platform to anti-Semites and Muslim bashers. That’s terrible.  I don’t think Bannon should be the chief political advisor to the president of the United States. But claims that he’s equivalent to David Duke actually serve to make Bannon seem reasonable by comparison. And, again, “well, at least he’s not David Duke” should hardly be the measuring stick for unacceptability.

Whether it’s refusing to release his tax returns; declining to say whether he would accept the outcome of either the Republican primaries or the general election if they didn’t go his way; not answering questions from reporters for months on end; or getting away with dozens of outrageous statements and flubs that would have surely sunk any other campaign, Trump has not played by the rules and he’s seemingly been rewarded for it. That’s infuriating. But the answer isn’t to refuse to normalize the elected president of the United States but to treat him precisely as we normally would a president.

Trump ran a campaign with no precedent in modern American history and we have reason for deep concern about his presidency. Yet there’s no escaping a modicum of normalization. Rather than crying “Hitler,” we must now be more vigilant. Let’s call Trump out if he puts unqualified or intemperate people into positions of power. Let’s push back on unwise policy proposals or executive orders. And let’s remember that the standard is not whether Trump’s policies resemble those of fascists and totalitarians but whether they’re in the best interests of the United States and our allies.