Not So Fast On That Transgender Ban, Joint Chiefs Say

The Joint Chiefs of Staff are making clear that President Trump's tweets are not official policy. At least not yet. 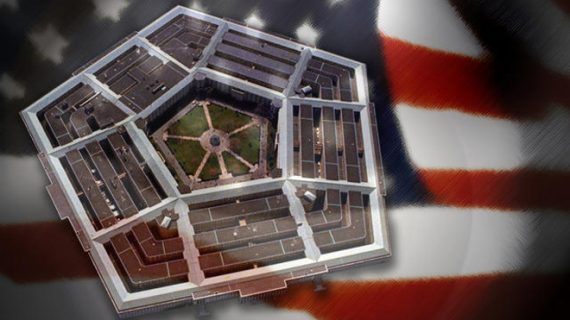 One day after President Trump announced on Twitter that transgender soldiers would be barred from serving in the U.S. military, the Joint Chiefs of Staff made it clear that for now at least, the policy announced last year by the Obama Administration remains in place:

The military’s policy permitting transgender individuals to serve remains in place, the country’s highest military officer said on Thursday, clarifying some of the confusion surrounding President Trump’s announcement on Twitter that transgender people would no longer be accepted or allowed in the military

In a letter to the military service chiefs, Gen. Joseph Dunford, the chairman of the Joint Chiefs of Staff, said that the policy on who is allowed to serve will not change until the White House sends the Defense Department a rules change and the secretary of defense issues new guidelines.

“In the meantime, we will continue to treat all of our personnel with respect,” General Dunford said in the letter, first reported by Reuters. “As importantly, given the current fight and the challenges we face, we will all remain focused on accomplishing our assigned missions.”

General Dunford’s guidance is the first indication from the Pentagon about one of the central questions that arose from Mr. Trump’s abrupt announcement, made in a series of tweets on Wednesday: What will happen to transgender people serving around the world?

Sarah Huckabee Sanders, the White House press secretary, did not answer on Wednesday when asked what would happen to those currently serving in the military, saying that the ban would need to be worked out with the Defense Department. A Pentagon spokesman, Capt. Jeff Davis, issued a statement Wednesday referring all questions to the White House.

On one level, this can be seen as a simply a procedural announcement, but it’s possible that it could indicate tension between the White House and the Pentagon regarding whether the policy should be changed at all, and how that should happen if the change is made. As a preliminary matter, of course, there’s the fact that a Presidential tweet is not official policy of any kind notwithstanding previous White House statements that things that the President says on his personal account are official statements of White House policy. In order to actually change the policy that the Obama Administration set last years there would need to be implemented through more official, and legal, channels. One option would be an Executive Order from the President outlining the policy change and, especially, what it might mean for transgendered people currently serving openly in the military in reliance on the policy change. Another option would be an announcement of policy change from the Pentagon, presumably at the direction of the President, that would cover the same subject matters. Unless and until that happens, there is no official change of policy and the Presidents tweets, while possibly reflecting what official policy will be in the near future, should be taken as having no legal force or effect. In the end, of course, if the President wants the policy changed then it will be changed by either of the means I’ve described. For now, though, the Joint Chiefs seem intent on making clear that there has been no official change and that the policy announced last year remains in effect.

On some level, this announcement may also be a sign of disagreement between the Pentagon over what direction should be taken when it comes to the military’s actual policy toward transgender service members. Notwithstanding his tweets yesterday, it now seems clear that there was no consultation between the President and the Pentagon prior to the announcement regarding changes to the policy regarding transgender soldiers. The evidence for that can be found in the fact that the Pentagon’s immediate response to press inquiries regarding the matter yesterday was to refer reporters to the White House because nobody at the Pentagon appeared to have the slightest idea that this was going to happen. Various reports yesterday, for example, described Pentagon spokespersons who would ordinarily have been fully briefed on such a major policy change as being caught “flat-footed” and “blindsided” by an announcement they had no idea this was coming Additionally, it appears that Secretary of Defense Mattis, who is currently on vacation and was reportedly “appalled” by the announcement, was not made aware of the policy change until nearly the last minute.

Perhaps the most significant news of all, though, is the revelation in a Politico article about what the real motivation for Trump’s Twitter announcement might be:

After a week sparring with his attorney general and steaming over the Russia investigation consuming his agenda, President Donald Trump was closing in on an important win.

House Republicans were planning to pass a spending bill stacked with his campaign promises, including money to build his border wall with Mexico.

But an internal House Republican fight over transgender troops was threatening to blow up the bill. And House GOP insiders feared they might not have the votes to pass the legislation because defense hawks wanted a ban on Pentagon-funded sex reassignment operations — something GOP leaders wouldn’t give them.

They turned to Trump, who didn’t hesitate. In the flash of a tweet, he announced that transgender troops would be banned altogether.

Trump’s sudden decision was, in part, a last-ditch attempt to save a House proposal full of his campaign promises that was on the verge of defeat, numerous congressional and White House sources said.

The president had always planned to scale back policies put in place during the administration of President Barack Obama welcoming such individuals in combat and greenlighting the military to pay for their medical treatment plans. But a behind-the-scenes GOP brawl threatening to tank a Pentagon funding increase and wall construction hastened Trump’s decision.

Numerous House conservatives and defense hawks this week had threatened to derail their own legislation if it did not include a prohibition on Pentagon funding for gender reassignment surgeries, which they deem a waste of taxpayer money. But GOP leaders were caught in a pinch between those demands and those of moderate Republicans who considered the proposal blatantly discriminatory.

“There are several members of the conference who feel this really needs to be addressed,” senior House Appropriations Committee member Robert Aderholt (R-Ala.) said Tuesday. “This isn’t about the transgender issue; it’s about the taxpayer dollars going to pay for the surgery out of the defense budget.”

That’s why House lawmakers took the matter to the Trump administration. And when Defense Secretary James Mattis refused to immediately upend the policy, they went straight to the White House. Trump — never one for political correctness — was all too happy to oblige.

In other words, Trump apparently announced a change in policy that effectively denies an entire class of people the opportunity to serve their country willingly, or at least the opportunity to do so while not living in fear of being discovered and outed, because it threatened funding for his idiotic border wall. I’d call this surprising, outrageous, appalling, and disgusting, but it’s really just become standard Donald J. Trump and, sadly, passes for a just another normal day at the White House now.