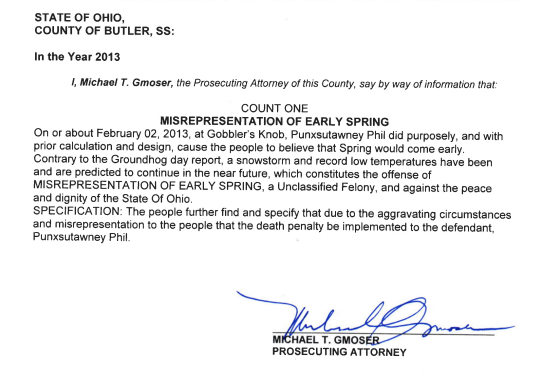 Finally, someone is bringing this fraud to justice:

That’s what one of his handlers, John Griffiths, declares in response to an “indictment” that the Butler County, Ohio, prosecutor issued Thursday against Pennsylvania’s famous weather-predicting groundhog.

On Groundhog Day, Feb. 2, Phil did not see his shadow. By legend, that portends an early spring.

But in an official-looking document, Gmoser alleges that Phil acted “with prior calculation and design” to cause people to believe that spring would arrive early.

“Contrary to the Groundhog Day report, a snowstorm and record low temperatures have been and are predicted to continue in the near future,” Gmoser wrote.

This injustice has gone unpunished for far too long. 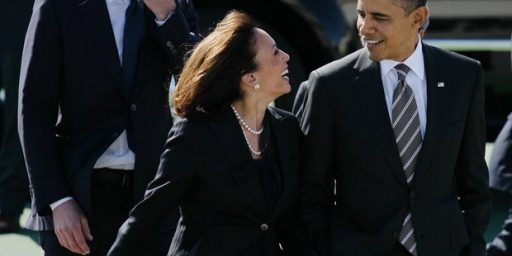