The Exorcism of Arizona Edition OTB Caption ContestTM is now over.

The Exorcism of Arizona Edition OTB Caption ContestTM is now over. 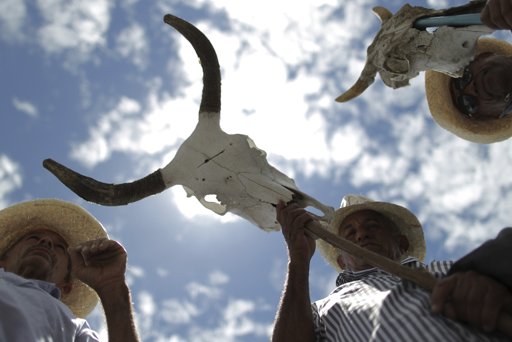 Second: Jeremy – “Longhorns fans prepare for the annual ritual that they say will finally convince God to bring them to the BCS Championship Game.”

Herb – The churrascaria is that way.

jc – Archeologists unearth evidence of 5000-year-old taser. This is actually true. I wouldn’t steer you wrong.

CSK – By a ratio of 500,000 to one, pregnant women opted for Caesarian sections after the Texas Obstetrical Association introduced its new Longhorn-themed delivery forceps.

“My advice to you, is to start drinking heavily.”

The remake of Time Bandits as a Musical had a rather dark twist.

The Monday Contest is already drinking the elixir of crushed hope and change.