The Slippery Slope Edition OTB Caption ContestTM is now over.

The Slippery Slope Edition OTB Caption ContestTM is now over. 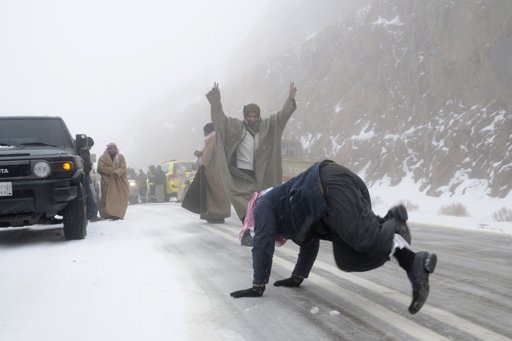 Moosebreath – When they said we were going to Camelback Ski Resort, this wasn’t what I had in mind.

“Abdul, I meant taxidermy when I said, ‘How do you mount a sheep.'”

Yes, Yes, I triple infidel dog dare you to touch the road with your tongue

These arabs… all their life as they grow up their FATHERS teach them the ways of the Koran, what to eat, what to wear, how to treat women, the hate of the infidels… then they get on TV and the first thing they say is “HI IMAM!”

Ladies and Gentlemen take my advice, pull down your pants and slide on the ice.

When playing charades in Afghanistan if you guess ‘Word of Life Mural’ instead of ‘French Army’ you will be shot.

The Thursday Contest is already being schooled.