The Anger Management Edition OTB Caption ContestTM is now over.

The Anger Management Edition OTB Caption ContestTM is now over. 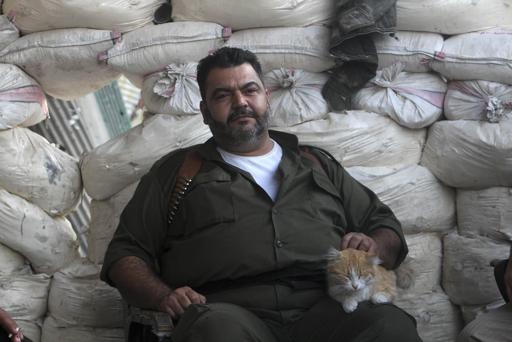 First: Pinky – Based on his executive experience, his detailed and realistic transportation plan, and the success of his spaying and neutering campaign, the Richmond Times-Dispatch endorses Syrian Vice-President Mahmoud al-Hafr as the next governor of Virginia.

Second: David in KC – Grumpy cat has met his match.

charles austin – The spokesman for Obamapetcare says, “You can keep your cat if you like…”

Mu – I’m not sure I like where they’re taking the Bond series with this latest incarnation of Blofeld.

Paul Hooson – Somehow the producers of the latest JAMES BOND film failed to understand that by combining Blofeld and Oddjob into one new character called Blojob, was only laughable to audiences…

JWH – Blofeld, eat your heart out.

Hal 10000 – Edward Snowden. Allow me to introduce myself. I am Ernst Stavro Blofeld. They told me you were sequestered in Hong Kong.

John Burgess – Salman stands ready at the cat-launch breech in his Aleppo strongpoint.

Once the rebels acquired laser cats the Assad Regime was doomed

The Thursday Contest has already sent in the clowns.