The Squirrel Trap Edition OTB Caption ContestTM is now over. 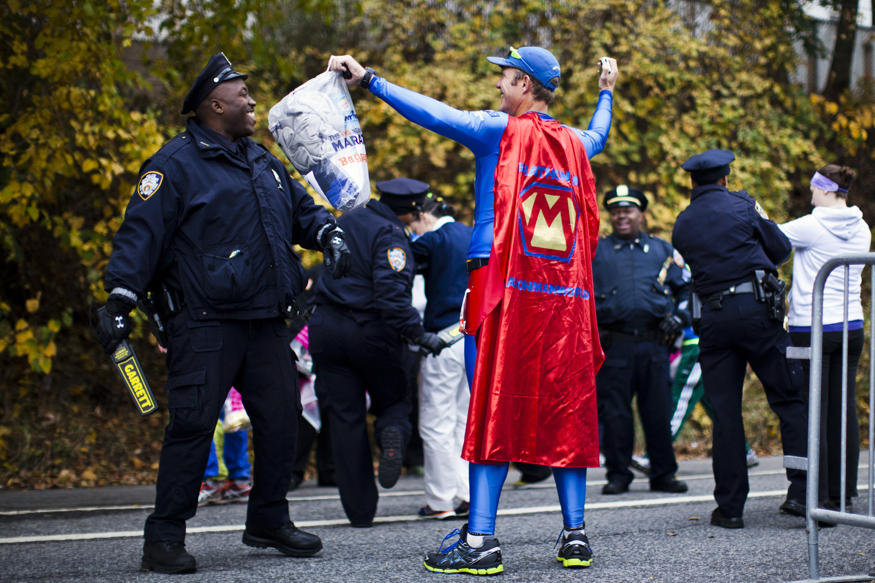 First: walt moffett – Meta Man brings a bag of context (As Will Rogers would say…. – rodney)

Second: John Burgess – Police wanted to have a word with Mammogram Man, offering free breast exams to those watching the New York Marathon

He who must not be named – “I demand a cavity search!”

Mu – “No Marble boy, I need to check your other marbles.”

JKB – Having had his security check, Metrosexual Man prepare to depart on his flight.

JWH – A police officer relishes a rare chance to stick it to the Man.

OzarkHillbilly – It really is this big.

M-Man: “Sure I can help, but I can I put on my super hero costume first?”

“Hey Dubya, your W is upside down.”

The MY of George Takei’s ‘Oh My’ guys, soon replaced the Village People.

The Thursday Contest has already said, “That’s no moon.”