The Talk To Me Goose Edition OTB Caption ContestTM is now over.

The Talk To Me Goose Edition OTB Caption ContestTM is now over. 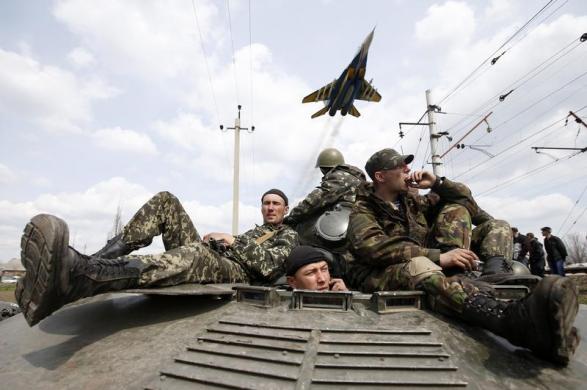 Second: He who must not be named – U2’s videos keep getting ever more weird.

Third: David in KC – My name’s Francis Sawyer… but everyone calls me Psycho. Any of you guys call me Francis… I’ll kill ya

jd – In Soviet Russia, feet are bigger than meters

Paul Hooson – Russian soldiers walk into a Ukraine bar….The bartender says, is this a joke?

JWH – Who expected a mere show of force? When Russia first turned its eyes on the area, Ukraine’s soldiers were ready for “Putin On the Blitz.”

Franklin – All this jet noise is making us fatigued.

We’re not going to Moscow. It’s Crimea. It’s like we’re going into Wisconsin.