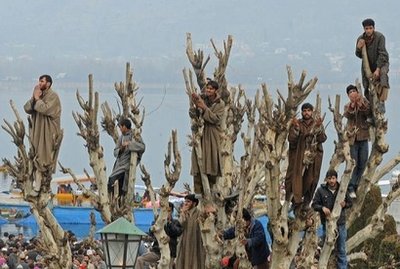 Second: charles austin – We have the answer to Barbara Walters’ timeless question: “If you could be a tree, what kind of tree would you be”

JazzShaw – One reason Christmas never caught on with the local Muslims was that they just didn’t seem to grasp the idea of decorating the tree.

MikeM_inMd – Tryouts for the part of Zacchaeus in last movie about Jesus.

hey norm – Why do these geeks keep calling me Treebeard?

Maggie Mama – You can’t see the forest for the trees? I don’t get it, Achmed.

Tree of Liberty needs to be pruned from time to time, especially in Egypt Libya.