The Barbarians At The Gate Edition OTB Caption ContestTM is now over.

The Barbarians At The Gate Edition OTB Caption ContestTM is now over. 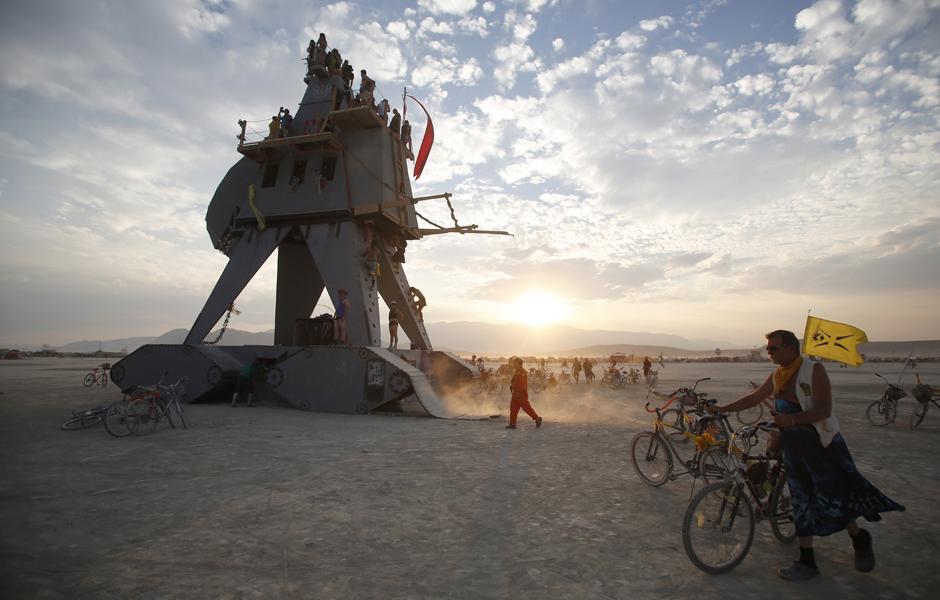 First: Eric Florack – Perhaps, if we were to build a large wooden Badger……

John Burgess – The Caliphate rolls out its new wonder weapon designed to make people laugh so hard they drop their own weapons.

Mu – Deleted scene from “return of the Jedi”: Desert Assault walkers vs. rebels on bicycles

Guarneri – The bicyclists laughed uproariously when they first saw the competition, entered by the same team that designed ObamaCare……

OzarkHilbilly – Bet you can’t do this on the Statue of Liberty.

Moosebreath – The Gaza City Beach patrol has needed to fortify its lifeguard stands.

If cars were designed by Congress….