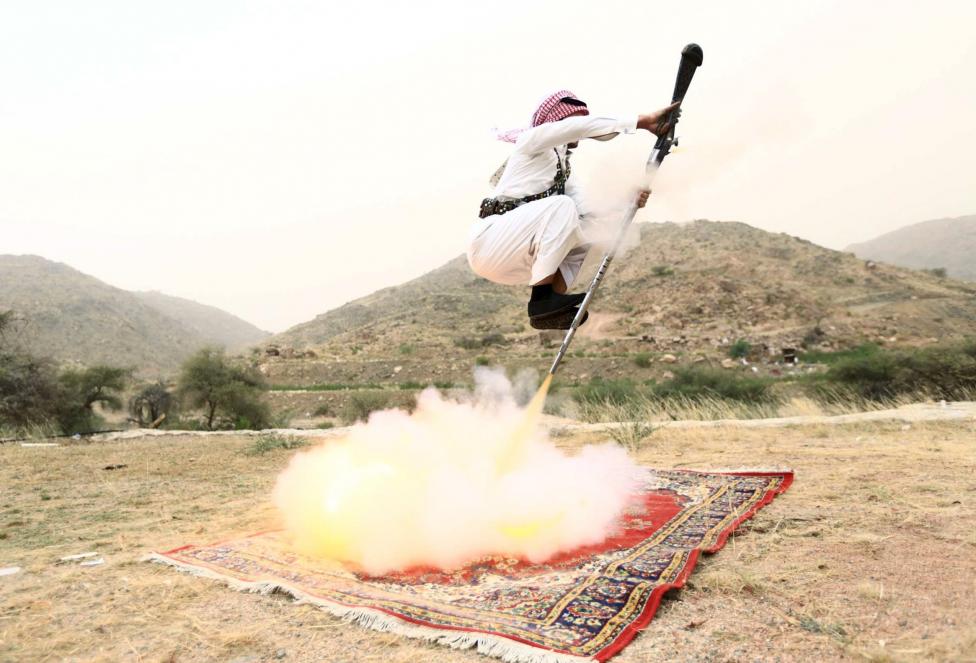 Second: Tillman – Snowboarding is for wimps.

OzarkHillbilly – Hold my beer. Watch this.

Mu – You swoop in on the carpet, and then use the powered Pogo stick for the final assault.

CSK – Given the absence of an ocean, Ahmed’s interpretation of the Beach Boys’ classic Surfin’ U.S.A. required some improvisation.

Paul Hooson – Special Head attempts to get back on AMERICA’S GOT TALENT with his levitation trick, but to no avail…

Only through quick thinking and ingenuity was Fahid able to escape the La Brea Carpets.

Fire In The Hole

The downside of Hummus is that its main ingredient is a member of the bean family.

The Iran nuclear delivery system left a little to be desired.