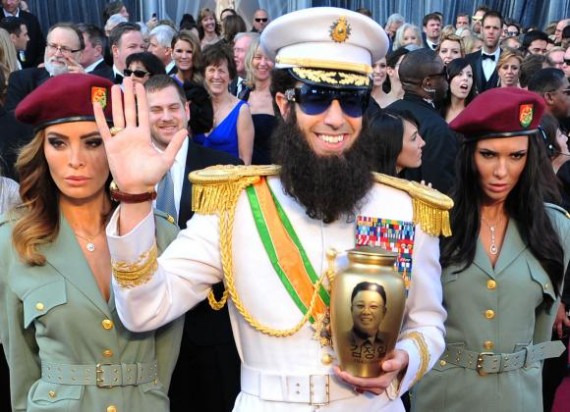 Third: Michael Hamm – The Red Carpet taboo is broken. Pubes are shown on a true dickhead.

NBH – Not even a filthy rich dictator can resist the value of Subway’s 5 dollar foot long!

Gollum – Few knew the tawdry history of the young Captain Steubing and the “real” Love Boat.

The ashen remains of Limbaugh’s career were treated with all due pomp and respect… then dumped on the GOP.

The Holy Grail of contraception is still being sought.

The Monday Contest is ready to compete with Don Imus.