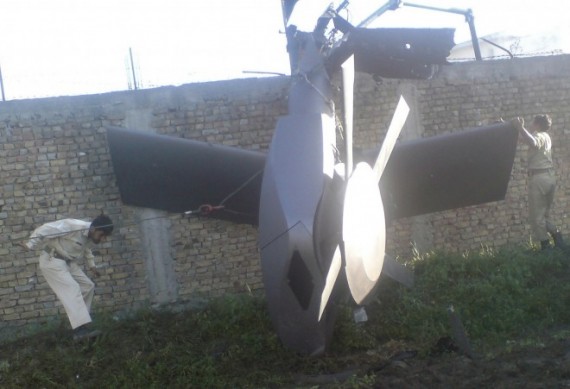 As James Joyner noted in the days after the raid that killed Osama bin Laden, the helicopter that was disabled and had to be destroyed in bin Laden’s compound was a previously secret stealth helicopter that the U.S. military had never revealed before. In the aftermath of the raid there was concern over what Pakistan would do with the wreckage, especially given their ties to China, but the Pentagon now reports that the wreckage has been returned to the United States:

The wreckage of the secret stealth helicopter that was abandoned by U.S. Navy SEALs during the mission to kill Osama bin Laden in Pakistan is back in U.S. government hands, a Pentagon official said today.

The Pakistani government, which has held on to the remains of what experts believed to a highly modified Blackhawk helicopter since the May 2 raid, returned “what’s left of the whole thing” including a large tail section to U.S. officials over the weekend, said Col. Dave Lapan, a Pentagon spokesman. The helicopter is being held in an undisclosed location.

The helicopter made a hard landing after it clipped a wall during the mission to kill bin Laden and was abandoned by the SEALs, but not before the special operations team attempted to destroy it with explosives. In the days after the raid, the tail section and other pieces of debris — including a mysterious cloth-like covering that the local children found entertaining to play with — were photographed being hauled away from the crash site by tractor.

Aviation experts said the unusual configuration of the rear rotor, the curious hub-cap like housing around it and the general shape of the bird are all clues the helicopter was highly modified to not only be quiet, but to have as small a radar signature as possible.

Of course that doesn’t mean our Pakistani “friends” didn’t take advantage of the situation:

A U.S. official said then he did not know if the Pakistanis had offered a peek to the Chinese, but said he would be “shocked” if the Chinese hadn’t already been given access to the damaged aircraft. Lapan did not say whether or not there is evidence the Chinese had been allowed to see the pieces of the helicopter before it was returned to the U.S.

Want to take a guess?