Vladimir Putin announced today that he plans to use next month’s elections as a referendum on his continued dominance of Russian politics well beyond his constitutionally-mandated exit from office. President Vladimir Putin said Tuesday a convincing victory for the party he is leading in next month’s parliamentary elections would give him the “moral right” to maintain strong influence in Russia after he steps down next year.

Putin’s remarks in Siberia were the clearest affirmation yet that he plans to keep a powerful hold on Russia’s reins, but he stopped short of saying whether he would seek a formal role. Putin said last month that he would lead the dominant party’s ticket in the Dec. 2 elections to the State Duma, the lower house of parliament. The decision appeared aimed at boosting the United Russia party’s chances and ensuring himself a power base when term limits force him from office next year.

“If the people vote for United Russia, it means that a clear majority of the people put their trust in me, and in turn that means I will have the moral right to hold those in the Duma and the Cabinet responsible for the implementation of the tasks that have been set as of today,” Putin said while drinking tea with workers at a road construction site in Krasnoyarsk, a vast Siberian region that reaches beyond the Arctic Circle. “In what form I will do this, I cannot yet give a direct answer. But various possibilities exist,” Putin said in response to a question from a construction worker who asked what he would do after he leaves office and why he had decided to lead the United Russia ticket. “If the result is the one I am counting on, I will have this opportunity.”

Putin, who is immensely popular but barred by the constitution from seeking a third straight term in the March 2008 presidential election, has long indicated that he hopes to remain influential after stepping down and has not ruled out a bid to return to the Kremlin in 2012.

Informal dominance after stepping down from power is not unheard of, with Communist China perhaps the most notable example. Still, this announcement will strengthen skepticism about Russia’s transition to democratic institutions. 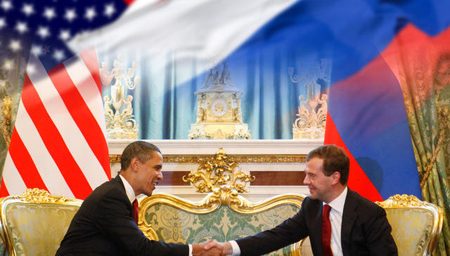 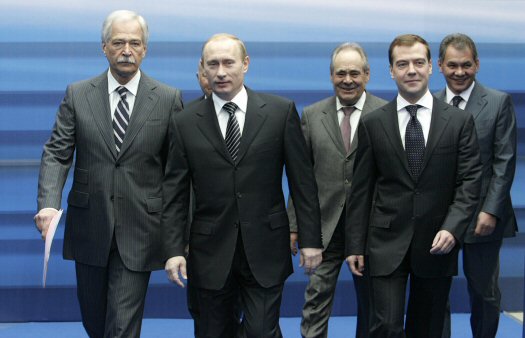