Two articles from the Feb. 15 edition of the London Guardian help flesh out the future direction of U.S. military policy, as outlined in the recently published Quadrennial Defense Review.

Looking beyond the Iraq and Afghan battlefields, US commanders envisage a war unlimited in time and space against global Islamist extremism. “The struggle … may well be fought in dozens of other countries simultaneously and for many years to come,” the report says. The emphasis switches from large-scale, conventional military operations, such as the 2003 invasion of Iraq, towards a rapid deployment of highly mobile, often covert, counter-terrorist forces.

Among specific measures proposed are: an increase in special operations forces by 15%; an extra 3,700 personnel in psychological operations and civil affairs units – an increase of 33%; nearly double the number of unmanned aerial drones; the conversion of submarine-launched Trident nuclear missiles for use in conventional strikes; new close-to-shore, high-speed naval capabilities; special teams trained to detect and render safe nuclear weapons quickly anywhere in the world; and a new long-range bomber force.

The Pentagon does not pinpoint the countries it sees as future areas of operations but they will stretch beyond the Middle East to the Horn of Africa, north Africa, central and south-east Asia and the northern Caucasus.

The cold war dominated the world from 1946 to 1991: the long war could determine the shape of the world for decades to come. The plan rests heavily on a much higher level of cooperation and integration with Britain and other Nato allies, and the increased recruitment of regional governments through the use of economic, political, military and security means. It calls on allies to build their capacity “to share the risks and responsibilities of today’s complex challenges”.

The Pentagon must become adept at working with interior ministries as well as defence ministries, the report says. It describes this as “a substantial shift in emphasis that demands broader and more flexible legal authorities and cooperative mechanisms … Bringing all the elements of US power to bear to win the long war requires overhauling traditional foreign assistance and export control activities and laws.”

The Pentagon planners who drew up the long war strategy had a host of experts to draw on for inspiration. But they credit only one in the report: Lawrence of Arabia.

The authors anticipate US forces being engaged in irregular warfare around the world. They advocate “an indirect approach”, building and working with others, and seeking “to unbalance adversaries physically and psychologically, rather than attacking them where they are strongest or in the manner they expect to be attacked.

They write: “One historical example that illustrates both concepts comes from the Arab revolt in 1917 in a distant theatre of the first world war, when British Colonel TE Lawrence and a group of lightly armed Bedouin tribesmen seized the Ottoman port city of Aqaba by attacking from an undefended desert side, rather than confronting the garrison’s coastal artillery by attacking from the sea.”

In “The UK’s Role: A Close Ally, But No Influence,” (p. 19) Richard Norton-Taylor laments the growing capability gap between the United States and its allies, which increasingly makes even the UK a junior partner.

Military commentators, meanwhile, say the US may place greater emphasis on smaller, more flexible, units – notably special forces – but it is also developing more powerful weapons systems, which Britain cannot deploy because it does not have the money or know-how. “The American way is still ‘money will buy you technology’,” Lord Garden says. “The British way is getting the right people.”

Paul Rogers of Bradford University’s school of peace studies points to the Pentagon’s proposal to modify Trident missiles and turn them into long-range conventional weapons, almost certainly including bunker-busters. “The US will be able to target accurately almost anywhere in the world in less than an hour of a decision being taken. That’s phenomenal,” he says.

Though the US will keep its B-52 bomber force, the Pentagon paper says in future 45% of America’s long-range strike force will be unmanned. Attacks by drones – with weapons fired by a touch on a computer thousands of miles away – have serious legal implications, British commanders and analysts warn. “The US is less concerned with sovereignty than ever,” Professor Rogers says.

Critics, however, argue that the QDR once again underwhelmed in its vision and failed to make hard choices. This is true even of administration allies.

The QDR seems to be consistent with the Pentagon’s program decisions, said Heritage Foundation defense analyst James Carafano. Even so, the document ducks long-range challenges and doesn’t always spell out the Pentagon’s short-range vision.
“Everybody can say everything came out of the QDR. You have the right to be skeptical,” Carafano said.

The QDR vision calls for adding more combat soldiers and buying more unmanned aerial vehicles to supplement its new fighters and warships. The report doesn’t address where the money will come from, particularly since slowing stealth fighter production to keep the line open two extra years will drive up costs. “At the end of the day, the F-22 just winds up being more expensive. It just pushed all the hard things to the out years, and it really didn’t address that,” Carafano said.

Brookings fellow Michael O’Hanlon, however, thinks this is unfair.

To assess a QDR fairly, one first needs to remember that in government, unlike in think tank work or punditry, it is often better to promote boring but sound policies rather than flashy but poorly conceived proposals. In the writing world, we are scored for our creativity and our boldness, and being wrong once or twice is OK if every so often a really good idea comes along. In making official government policy, the tables are turned — especially on national defense.

For all the talk of revolution and radical change, for all the specific new initiatives under Mr. Rumsfeld and his predecessors, we have reached a certain degree of consensus and stability in post-Cold War defense policy reviews. The military that emerges from this QDR will be nearly identical in size and quite similar in structure to what Les Aspin conceived a dozen years ago. The two-war scenario underpinning it has been modified and described in terms of “capabilities based planning” rather than threat-based planning, but is not far from Mr. Cheney’s 1992 proposal.

For Mr. Rumsfeld, a self-styled revolutionary, this may be damning with faint praise. But for a nation that could benefit from a degree of continuity, and bipartisan consensus, in at least one aspect of its public policies, this may not be so bad.

Still, for those hoping for major restructuring, it is disappointing. As regular readers know, I was not among those who held such hope. My doctoral dissertation, began in 1994, studied the defense transformation process from the earliest days of the Republic (technically, the separation of the Navy Department from the War Department in 1798) and found amazing consistency over the years in the nature of the bureaucratic struggle. There is simply too much at stake and too many players in the game for radical, sudden changes to occur. 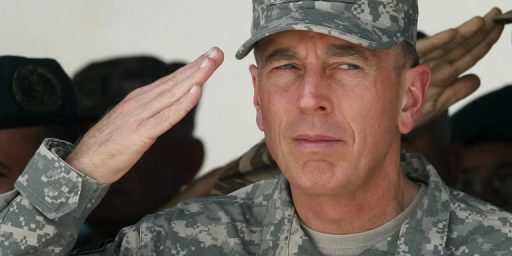 Why Would Petraeus Take CIA Job? 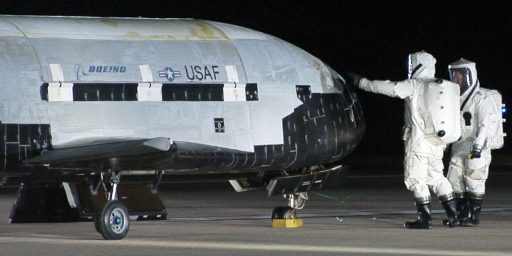